The relationship blogger who runs Break Up or Make Up (BOM), shared a tweet that reads, “Before you know it now, disqualification will be a faster way of cashing out than even winning BBNaija, because the way we dey glorify bad behaviour is getting out of hand.”

Blessing Okoro added the caption: “Like I don’t understand this people called Nigerians. Bunch of confusing.” 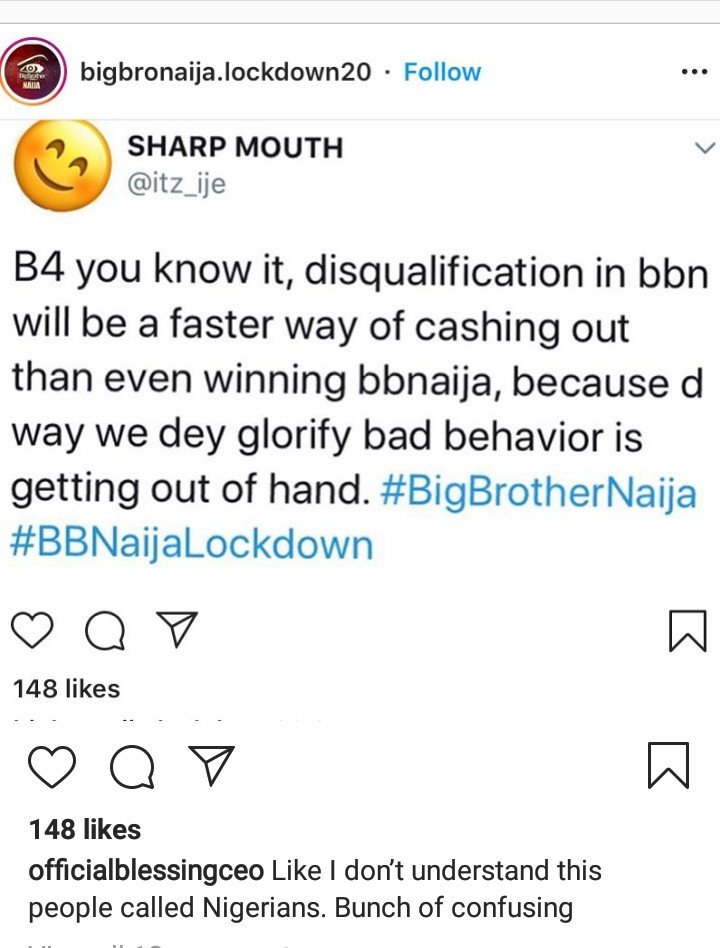 This comes after housemate Erica Nlewedim was disqualified for breaking the Big Brother Naija house rules by being disrespectful towards her fellow housemates.