Home Entertainment Cardi B and her sister slam Rah Ali after she allowed a...

Cardi B is calling out Love And Hip Hop star Rashidah Ali, aka Rah Ali, after she allowed a 15-year-old fan to call into her show to insult Cardi’s 2-year-old daughter, Kulture.

Rah Ali stirred the pot when she posted a diss track to her It’s Onsite account from an artist who took aim at Cardi and included a line about her young daughter, Kulture being “dirty”.

Cardi heard about it and called out Rah Ali, tweeting: “B*tches post me on they sh*t everyday and I haven’t said a word and that’s what bothers them soo they try to play wit the person I don’t play about and that’s my child.

“Yet, victimize themselves when some1 says they beating the baby out of them after months of her harassing a b*tch.”

The “baby” mention is about Rah Ali’s previous argument with Ari Fletcher.

Cardi’s fans joined to call Rah Ali out, with one calling her “obsessed,” causing Cardi to continue her rant.

Cardi wrote: “She’s disgusting. Blocking and deleting people telling her she’s wrong for posting something mentioning my child …but she only try me & Ari  for clout but on my life imma handle her in person.

“Say wat you want but you not going 2 try me wit my kid.”

The rapper also accused Ali of “gaslighting” her in order to get a response.

“I’m tired of trying to sound out your sentences. If you have a problem, take it up with the person wwho wrote the diss track not me because my media company @Its_Onsite posted it.

“I didn’t mention your child nor would I ever. The person who wrote the diss track did. You are a BOZO! and you’re not going to do SH*T. Why don’t you pick up a pen and write back? That’s not an option huh?”

Ali returned to once again insult the way Cardi speaks and added that she’s not afraid of the rapper’s sister, Hennessy Carolina, either.

Hennessy had heard the diss and threatened pull up in-person to resolve the issue.

The feud between Rah Ali and Cardi B has been going on for years, dating as far back as 2018.

See their recent tweets below. 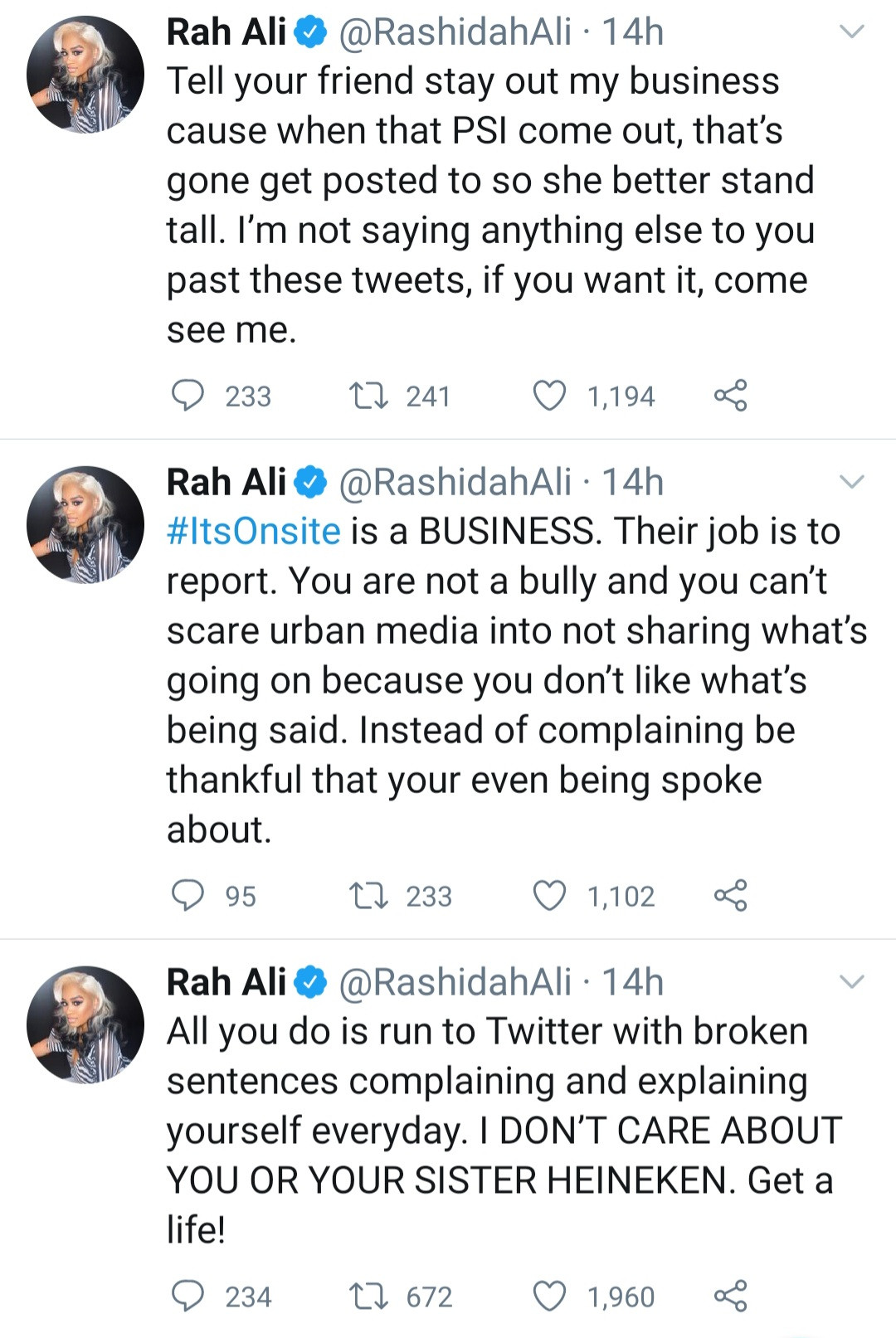 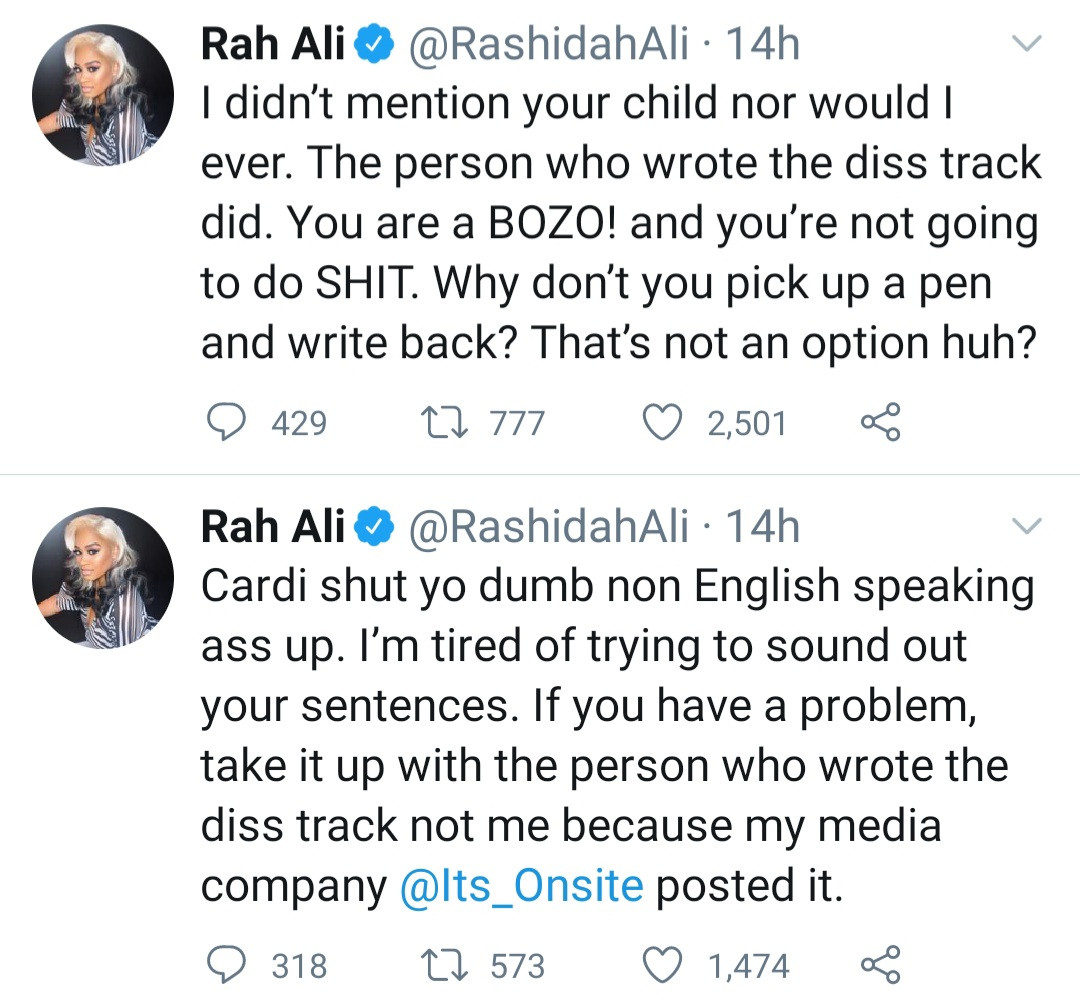 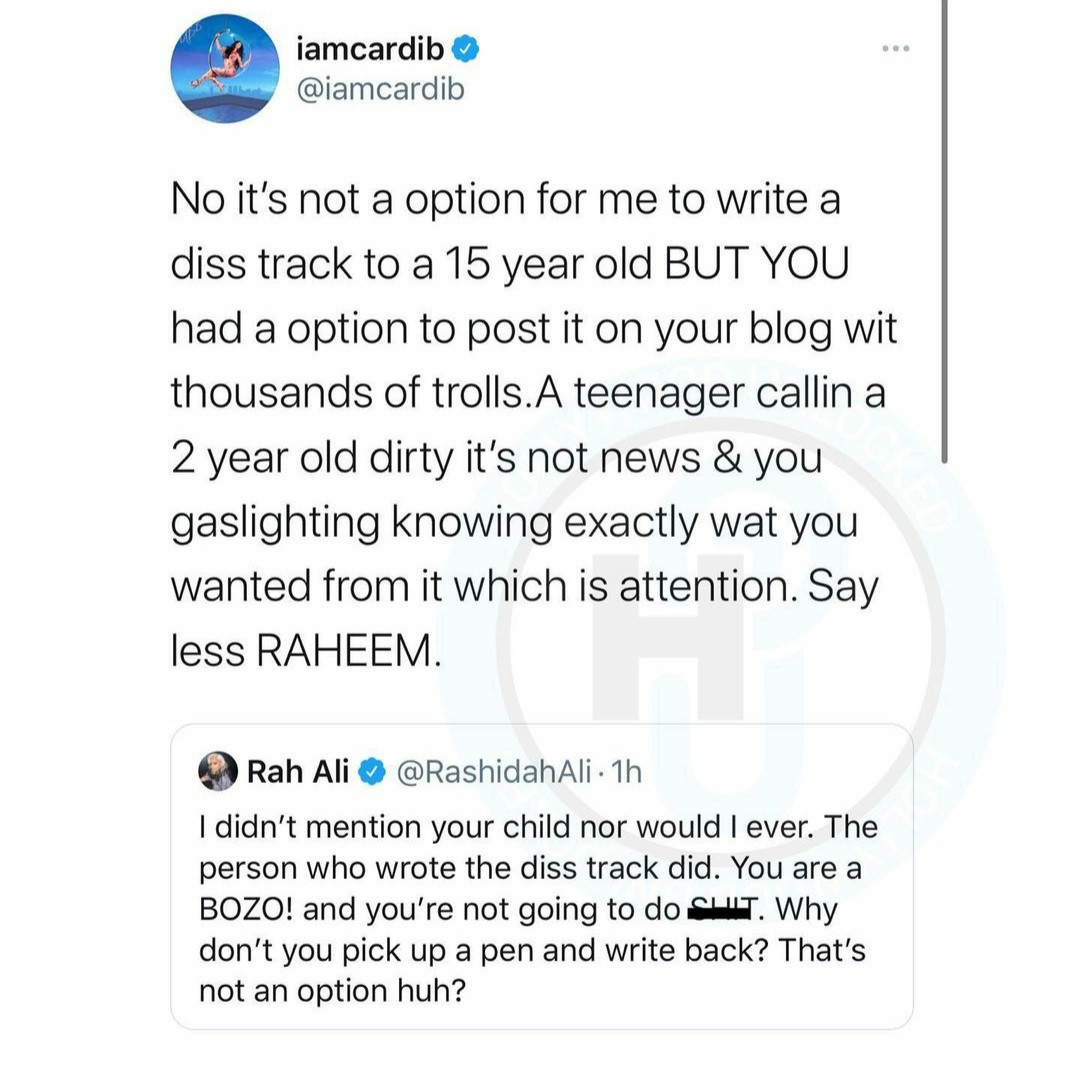 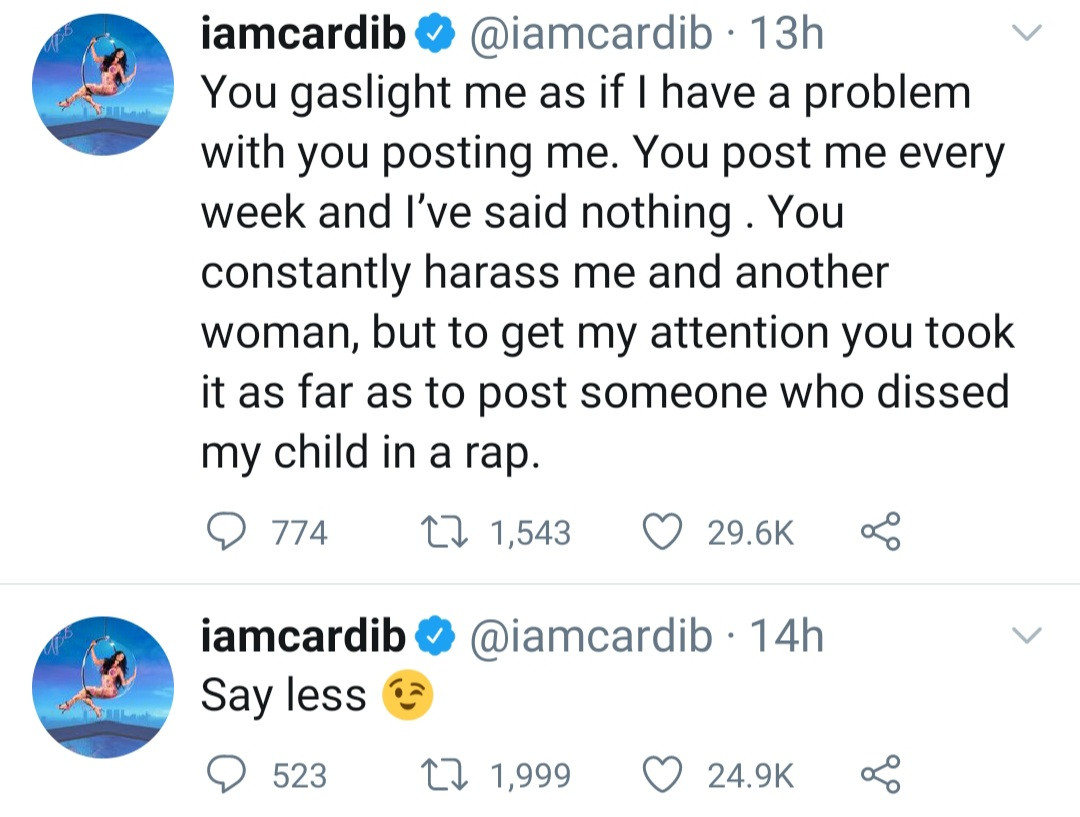 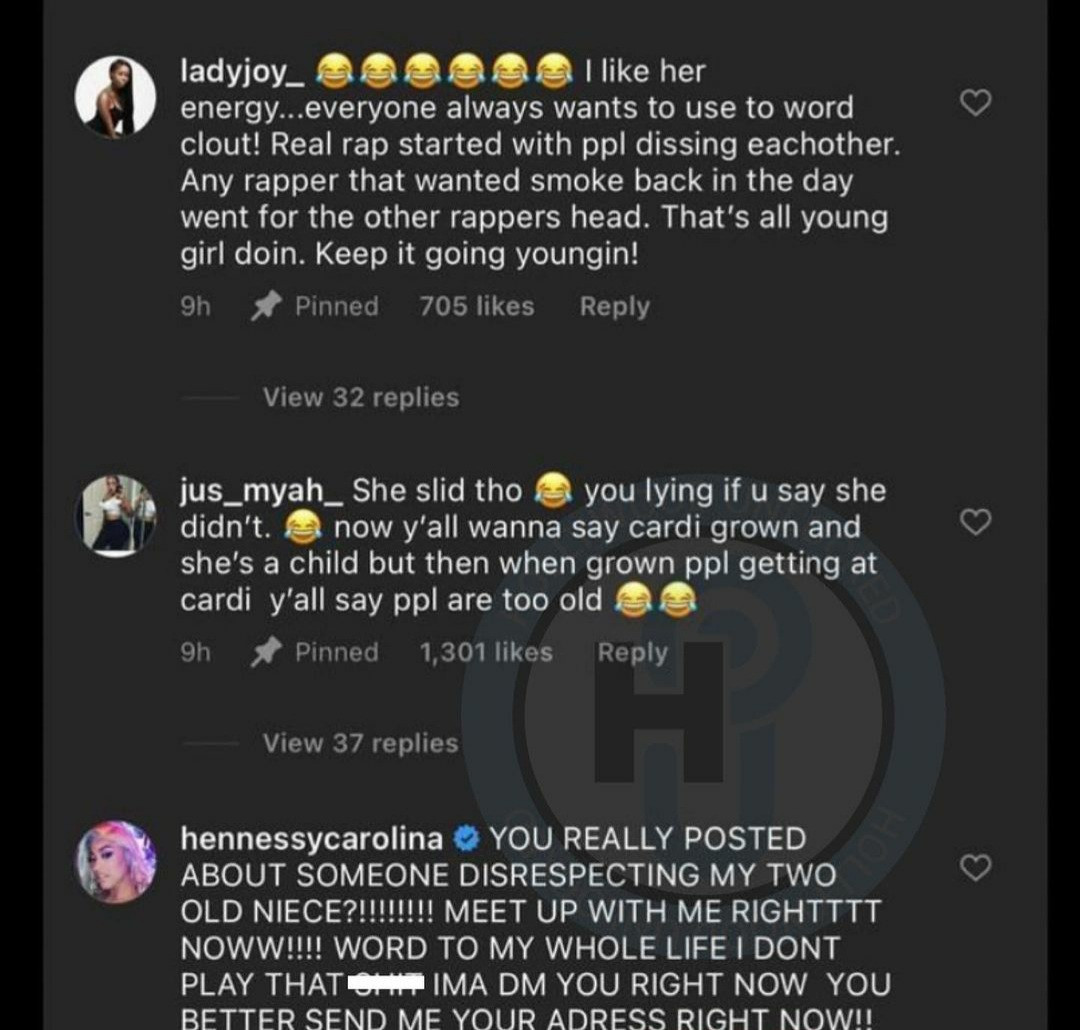 Cardi B shows off her chest piercings in new photos