Some Chinese miners have been taken to court over coal mining in Hwange National Park, Zimbabwe.

The Zimbabwe Environmental Law Association (ZELA) in its lawsuit, stated that mining within the National Park poses an acute risk of irreversible ecological degradation. 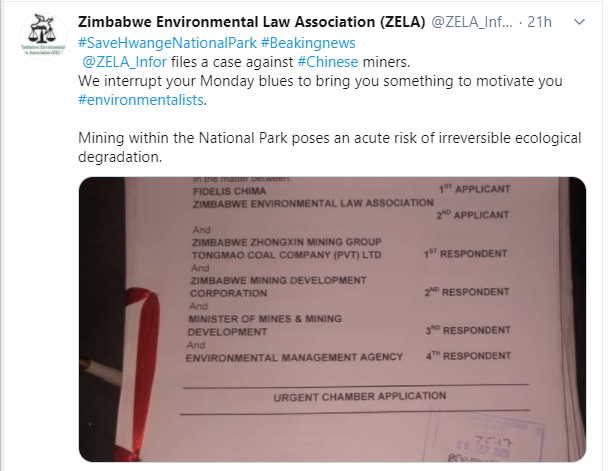 Reacting to the criticism that has trailed the mining concessions to Chinese Companies, Zimbabwe’s Ministry of Environment, Climate, Tourism and Hospitality tweeted;

We take note of the ongoing discussions around the Hwange National Park and we assure the Nation that Government will pronounce itself in the next few days.