A French man, Alain Cocq, 57, with an incurable illness who unsuccessfully tried to convince France President Emmanuel Macron to allow him to die by “active medical assistance” says he wants to live stream his own death on Facebook.

Alain Cocq, from Dijon in eastern France, has a rare incurable medical condition that causes his arteries to stick together.

Cocq wants to determine how he dies and has decided to stop all medical care, food and drink on Friday September 4 at 11 p.m., so he can hasten his death, which is legal in France. 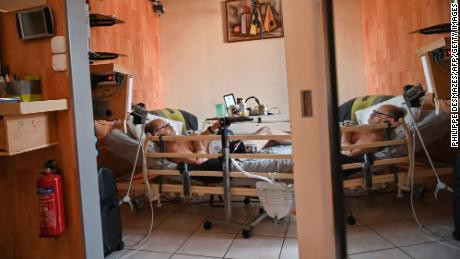 Cocq says he knows after stopping medical care and feeding he will suffer extreme pain till he dies, but he us willing to share his death experience with the world by live streaming on Facebook.

It is not clear whether the live stream of his death will be allowed under Facebook’s policy.

Euthanasia, also known as assisted dying, is illegal in France but suicide is legal.

French law also says that deep and continuous sedation, which can hasten a person’s death and render them unconscious until they die, is not legal unless under specific circumstances set out by the 2016 Claeys-Leonetti Law, which also requires a person’s death to be imminent. 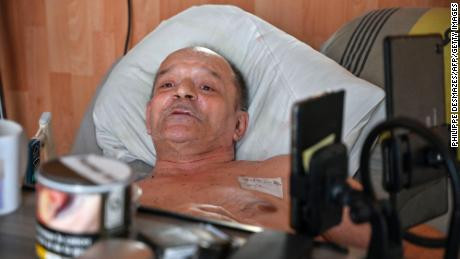 Cocq, wrote a letter to Macron dated July 20 asking the President to allow him to die “with dignity,” describing his “extremely violent suffering.”

“I would like to make it clear to you that on this day I find myself in a situation of having on sound mind, confined in a dysfunctional body, crippled by suffering,” he wrote in the letter.

According to Cocq, Macron should review French laws that prevent health care professionals from hastening the deaths of their dying patients with medicine.

“I simply ask to leave with dignity, with active medical assistance, because my dysfunctional body prevents me from doing so surrounded by my family and my friends,” he wrote.

“Some use the term ‘active euthanasia’ or ‘assisted suicide,’ but for me the term most suitable is ‘end of life with dignity with active medical assistance,'” he wrote.

President Macron in his response, said he was “moved” by Cocq’s letter and admired the “remarkable willpower” he had shown in fighting “incessant battles” with the illness.

But Macron said he could accept his request because he is “not situated above the law” and could not ask someone “to overstep our present legal framework.”

Speaking to CNN on Friday September 4, Cocq said that he expected that Macron would not be accept his request but that he appreciated the “compassion” he had shown him in his letter.

“Today, I am full of plenitude. I took the decision to end my life on June 26, which is when I asked my medical assistant to type the letter I later sent to the President.
“It was a brutal decision, but I can tell you I haven’t felt that good in a long time,” he told CNN.
“I know I am about to endure pain like I’ve never endured before, for about five to seven days,” he said.

On the decision to live stream his death via Facebook, which will be on mute, he added: “I am not doing this for voyeurism. I want to inform people about something we all know but refuse to talk about. Pain.”

“I chose to show this pain,” he said. “The basis of a democracy is that citizens have a free choice. Death should be democratic.”

Cocq, a christian also said that he did not believe what he was doing was anti-religious.

“God is love, and God will not let his people suffer unnecessarily,” he said.
It’s unclear whether anyone assisting him in his death would be prosecuted or whether authorities are planning to stop him from aiding his death.