Home News “I am happy because my son Messi has stayed at his house...

Former Barcelona and Cameroon striker, Samuel Eto’o, has stated that he is happy Lionel Messi has agreed to remain at Barcelona, but warned the club to sign more players so the club won’t be reliant on Messi.

Messi wanted to leave Camp Nou recently, but changed his mind after his father and agent, was warned by the club that he could face legal issues if he doesn’t obey his contract.

Eto’o who played for Barcelona between 2004 and 2009, scoring 130 goals and winning eight titles there, says he is happy that Messi is now settled for the season

“I am happy because my son Messi has stayed at his house, but at Barca, we need other players with Blaugrana DNA. Messi alone is not enough,” Eto’o said at a La Liga event as reported by TuttoMercato.

“You need to look for players on the market with tiki-taka style and not box to box.” 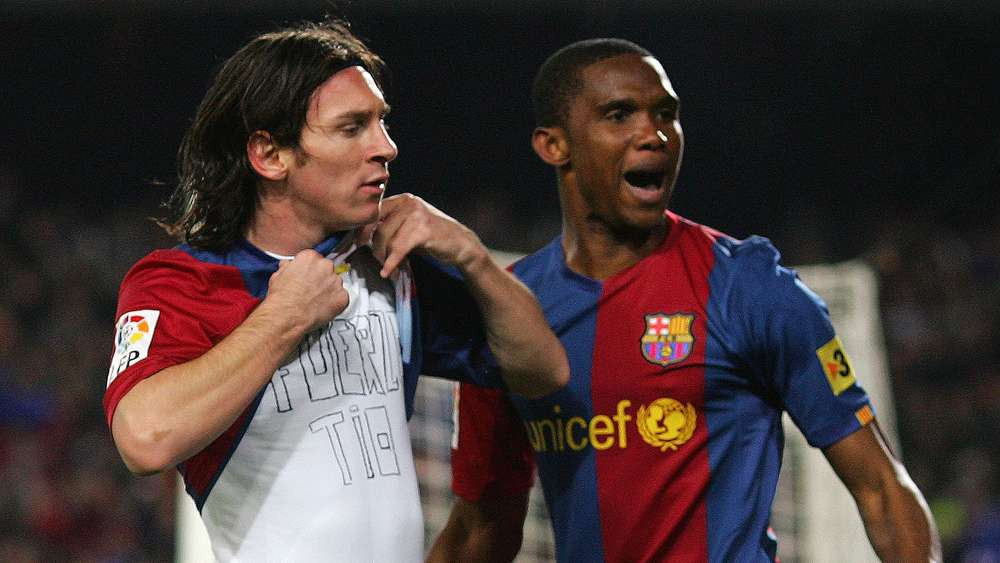 Eto’o also hopes his former club Mallorca, who he played for between 2000 and 2004, scoring 70 goals returns back to the top-flight having been relegated by finishing 19th last season.

“I want Barcelona to win the championship and I hope that my Mallorca returns to the top division,” he said.

When quizzed on who would be the standout player for the upcoming season, Eto’o said;

“I would like to see Sergio Busquets back at the highest level, Barcelona always wins when Busquets is in good form,” Eto’o continued.

“And then I say Eden Hazard: I played with Chelsea and I’m not afraid to say that Lionel Messi is worth it to me.”

On the best teammate of his career, Eto’o revealed: “Iniesta is the best player I have played with, for me, he is the one who best interprets the game of football ever.”