Home News “I won my court case, reconciliation, and a wonderful fiancé that dotes...

All is going well for Rahma Indimi as she just recently won her court case, in addition to being engaged to a man that dotes on her.

The mum-of-four took to Instagram to share footage showing the moment she got news that she won her court case.

She didn’t mention which case she won but the businesswoman, who shares four children with Mohammed Babangida, the first son of former Nigeria’s military Head of State, Gen. Ibrahim Babangida, has been in court at different times over custody of their 4 kids.

Last year, Rahma and Mohammed reconciled after years of animosity.

Just last week, she celebrated him on his birthday.

She has now revealed that in addition to the reconciliation, she has a fiancé. 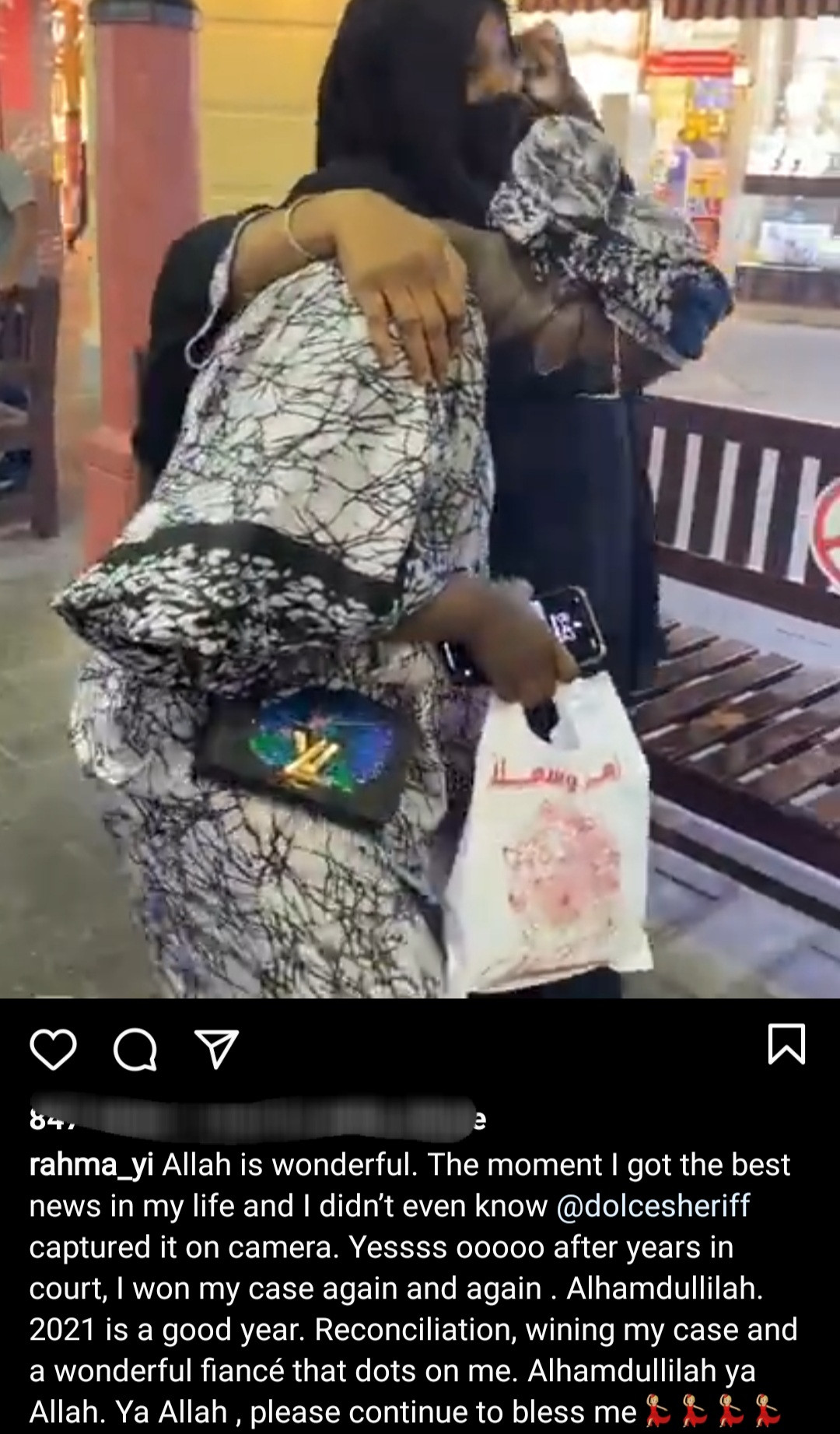