Home Entertainment Keyshia Cole rejoices as her divorce is finalized

Keyshia Cole took to Instagram to rejoice after her divorce from ex husband, Daniel Gibson was finalized after three years apart.

According to legal documents, the 38-year-old singer and NBA star Gibson, 34, have officially settled their divorce and have agreed to cover the costs of parenting their 10-year-old son while he is living with each of them. They also agreed to no child support or spousal support in divorce settlement.

In the filing, the ex-couple agreed not to say anything bad about the other parent or their family members.

After their divorce was finalized, Keyshia took to Instagram to express her joy. She said it’s not a post to shade her ex but a genuinely happy post that a weight has been lifted from “over both our heads”. She also said there will be a party in Malibu. 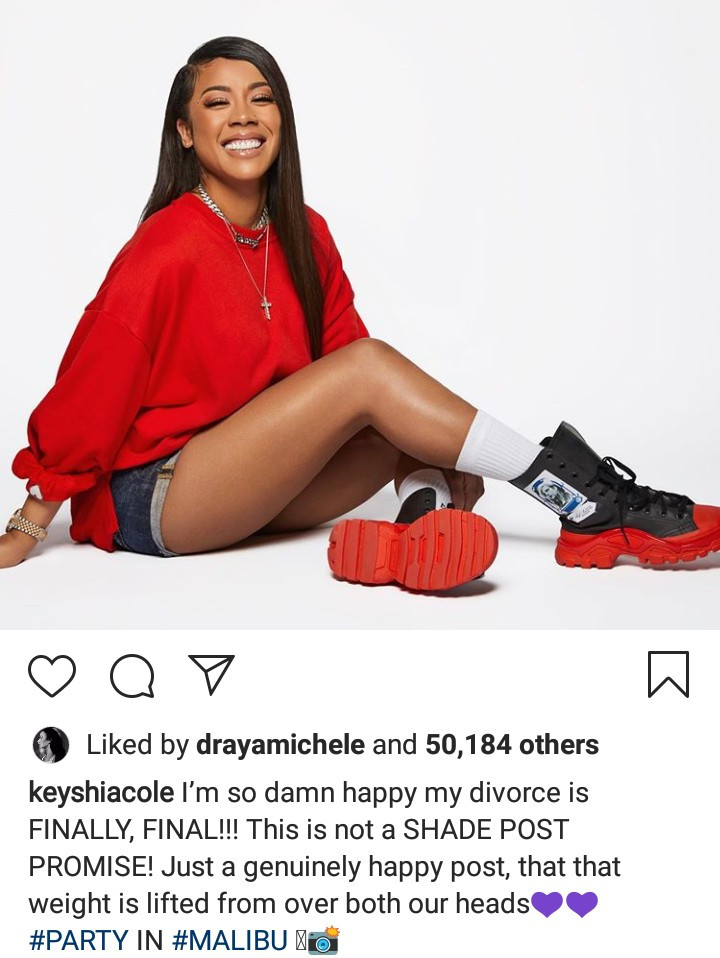