The landlord who allegedly served his female tenant a quit notice due to her manner of dressing has dragged her on Instagram, accusing her of being nasty and insolent.

We reported that Toju Agbajoh had claimed that her landlord gave her a quit notice because he has an issue with the way she dresses. 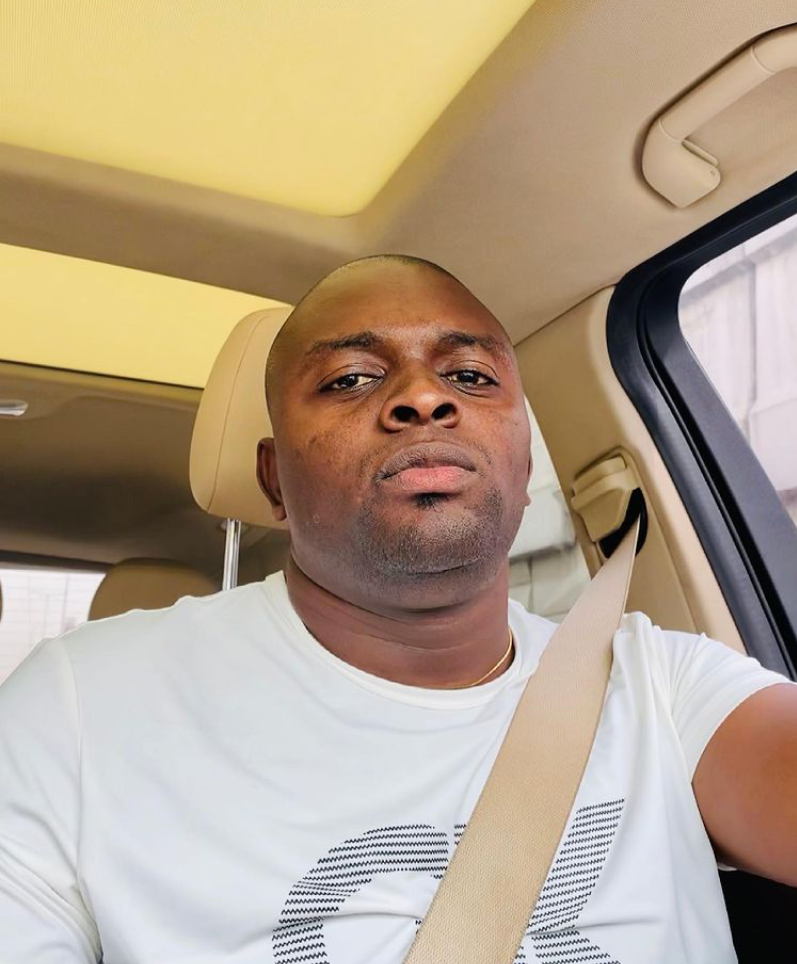 In his reaction to the LIB report, Oladipo Xeview Awesu claimed that Toju was in the habit of parading around the estate almost naked and beat up the security guard attached to the house.

He further claimed that Toju was almost beaten up by some ladies over alleged boyfriend-snatching.

“Toju Agbajoh so you brought your trash to the media and you aren’t ashamed. You better tell them as it happened and more so all the nasty habits u put up in the estate walking almost naked, beating up the security guard I employed and your insolent attitudes coupled with how some other ladies came to my estate to beat you up due to the fact you snatched one of their boyfriend while they brought inn a squad of policemen men to take you away,” he wrote.

“I stood in for you cos of my influence after the destruction they caused in my house, keeping girls in your apartment against our initial agreement. And more I can’t bring up here. There is nothing that would save you right now Toju Agbajoh. And I await whoever Jupiter that would come to your rescue cos you aren’t trained well to be a decent lady. Oniranu Oshi. @lindaikejiblogofficial” 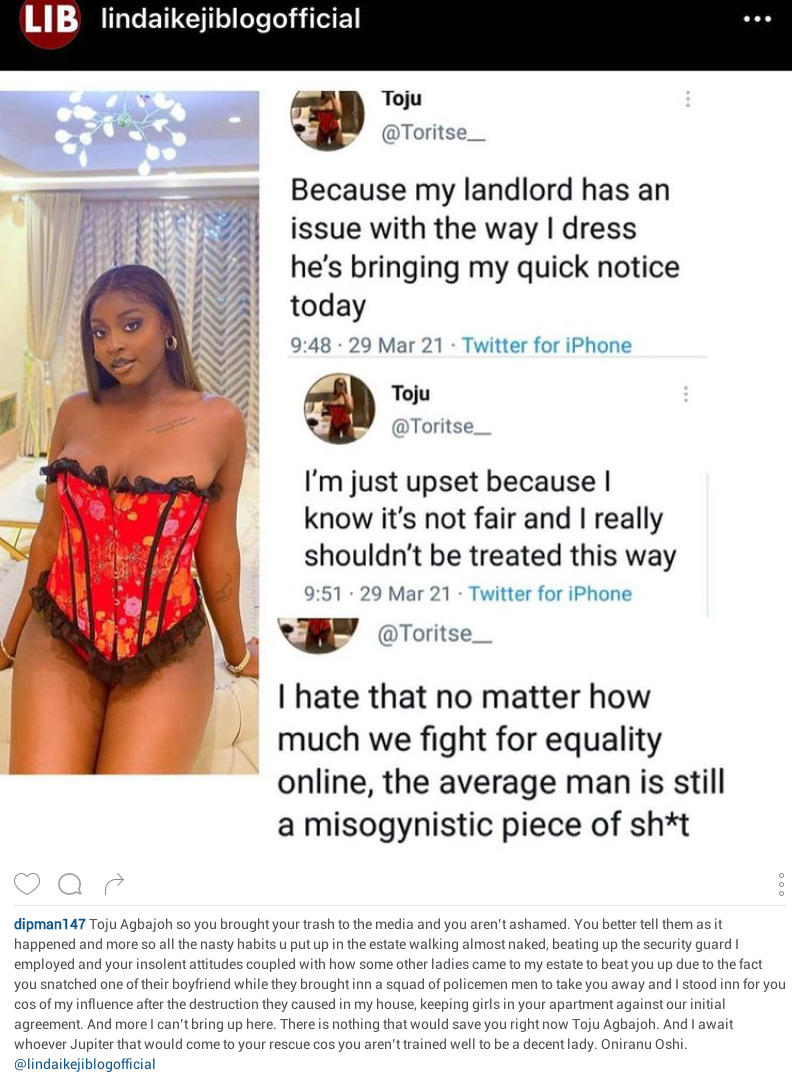