A man getting married today, August 26, revealed that he’s changing his surname to his wife’s surname and he explained his reasons.

He explained that he chose to take his wife’s surname, Miyoshi, because his own surname, Morrison, was chosen at random.

He said his grandfather was a Priest and they weren’t allowed to get married. His grandpa did so in secret and so, to keep it hidden, the surname Morrison was chosen randomly from a phone book. On the other hand, his new wife’s surname “can be traced back for hundreds and hundreds of years”.

Ryan said another reason why he’s taking his wife’s Japanese surname is that his father-in-law has no sibling and his new wife has only one sister, and that means “there’s not a whole lot of people to carry on the Miyoshi name”.

Other men who took their wife’s surname also shared their stories.

One commenter explained that in Colombia everyone has two surnames, taken from the father and mother’s name.

Read some of the interesting tweets below. 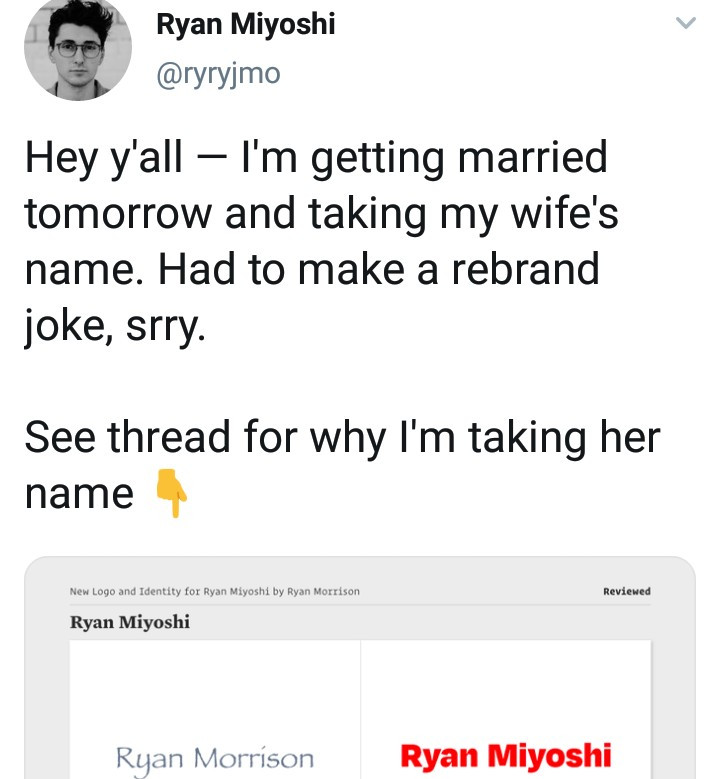 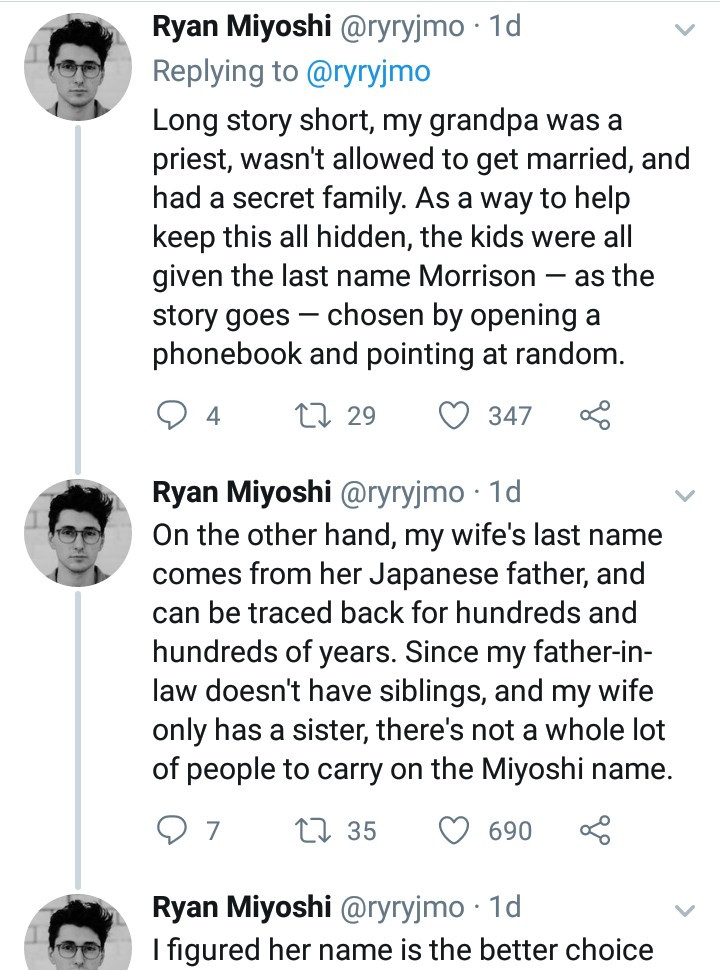 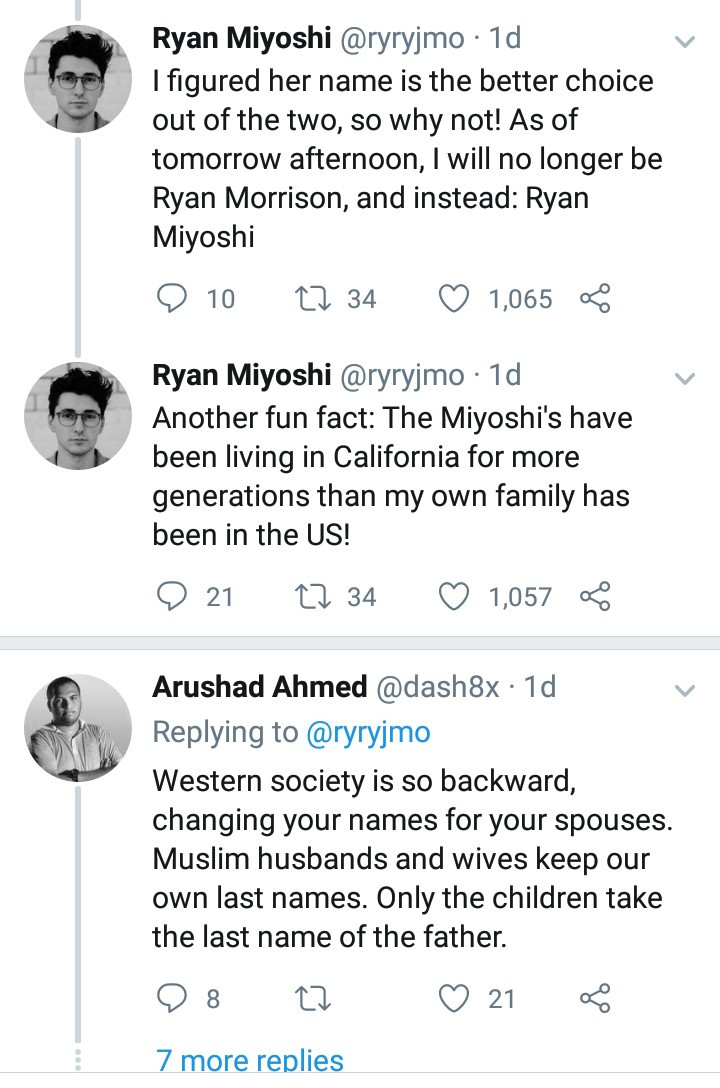 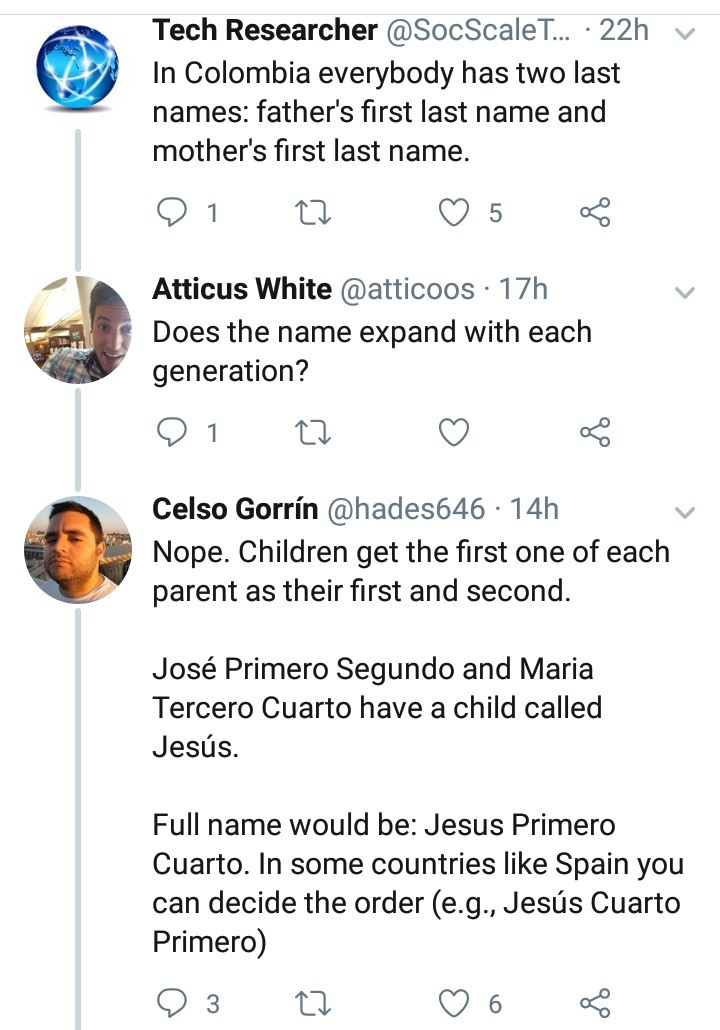 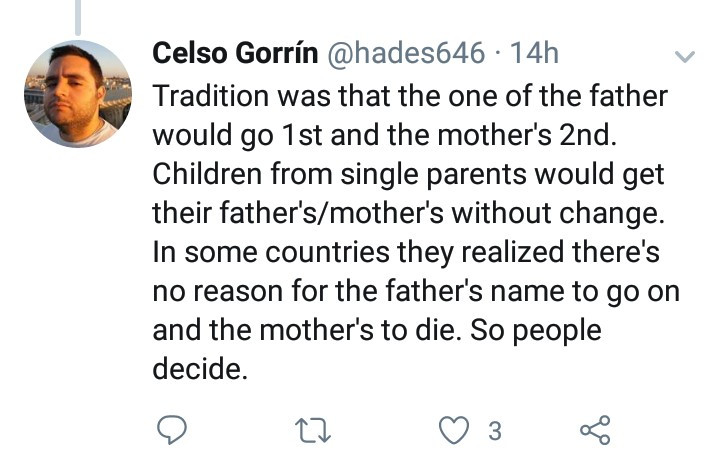 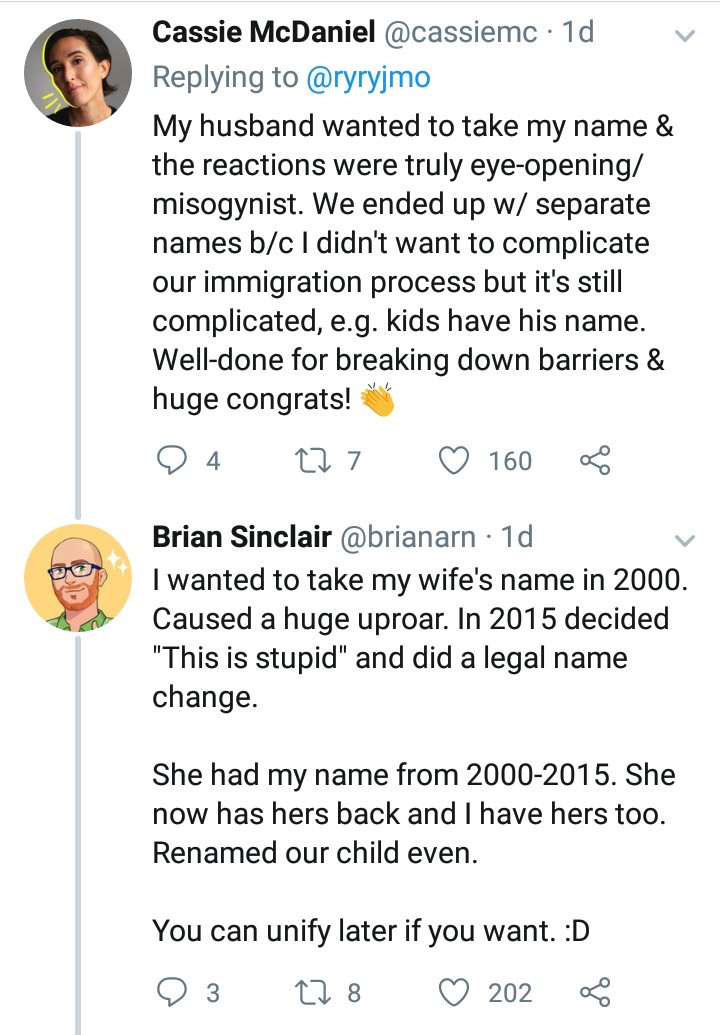 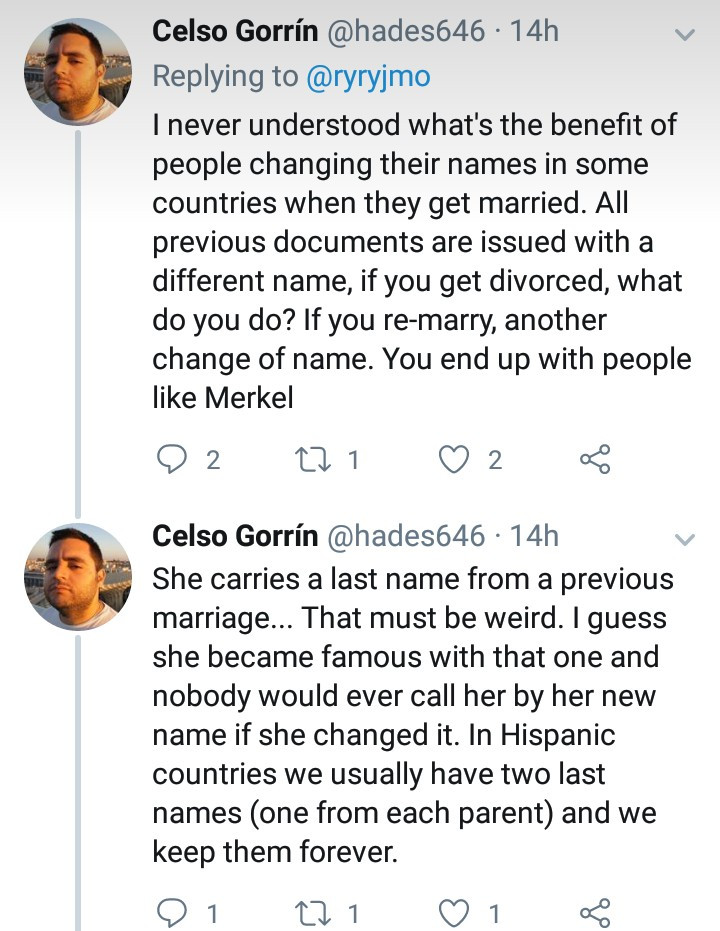