Shola, a young Nigerian who was arrested for creating a Goodluck Jonathan parody Twitter account has reacted following his release from prison.

Shola made it clear that he wasn’t trying to impersonate the former Nigerian president because he indicated in his Twitter bio that it was a parody account.

He added that he shared a tweet on May 5 and was arrested on May 23 after his telecommunication service provider gave them his information without his consent.

He wrote: “The telecommunications service provider gave out my data without my consent which is real bad, my privacy was invaded. The got 5 numbers in which my uncle’s digit was among. They got to uncle’s place with guns.”

He narrated how he was arrested, taken away like a criminal, and taken to SARS Ogbomosho from where he was transferred to SARS in Ibadan where he spent the night sleeping on urine.

He was eventually transferred to Abuja by road, with his legs chained as though he were a dreaded criminal.

He narrated his ordeal while in prison and how people with worse crimes than him came and left while he remained in custody.

He revealed that he became sick while there.

He was eventually released after almost 90 days but he says his ordeal is not over as his mental health has been “messed with”.

He added that he didn’t commit any crime because he made it clear in his bio that he is not Goodluck Jonathan and was simply running a parody account which is not against the rules of using social media.

Read his thread below. 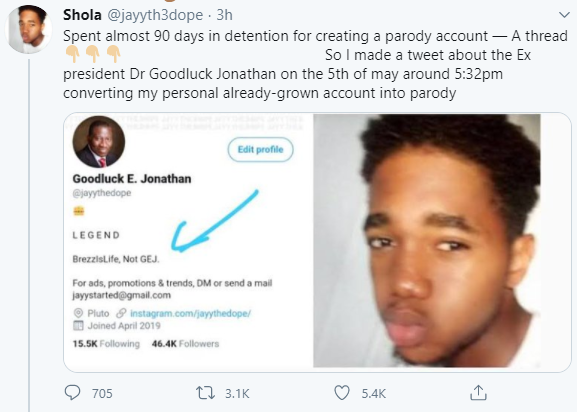 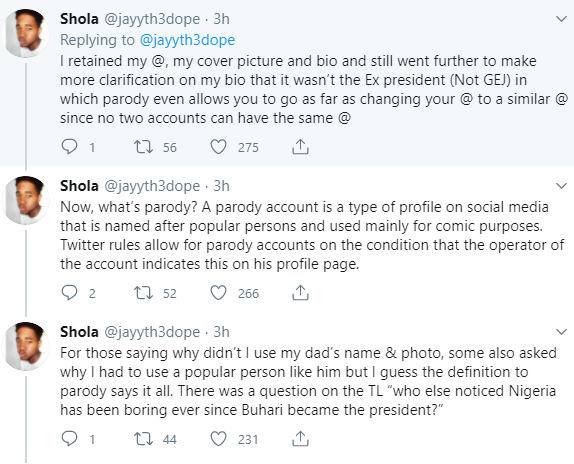 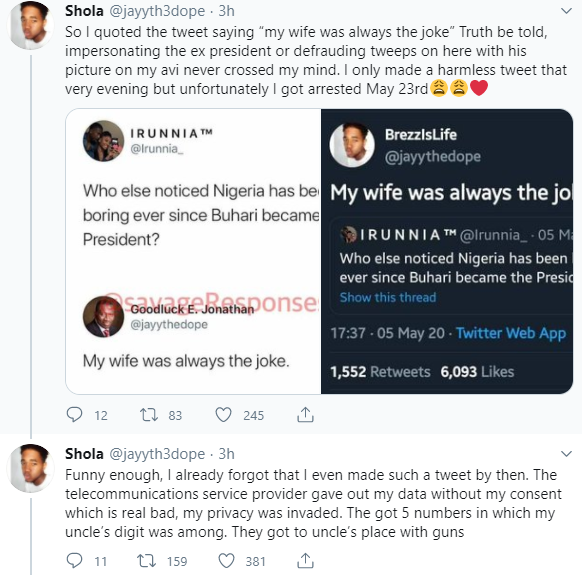 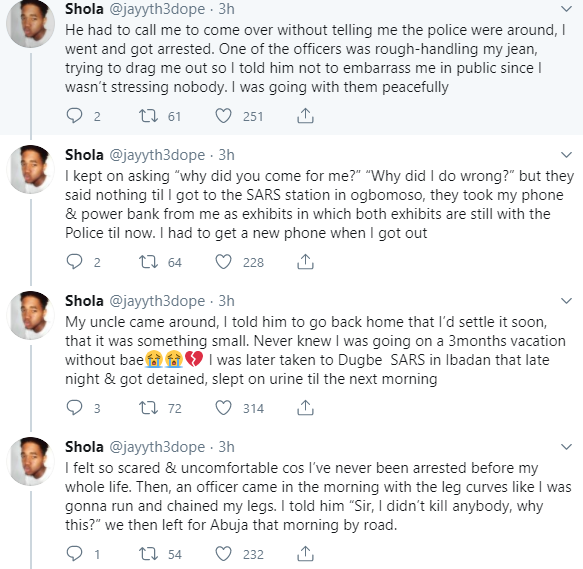 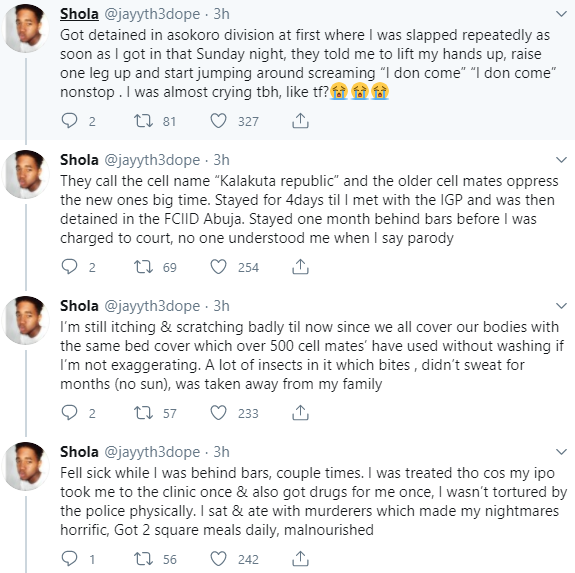 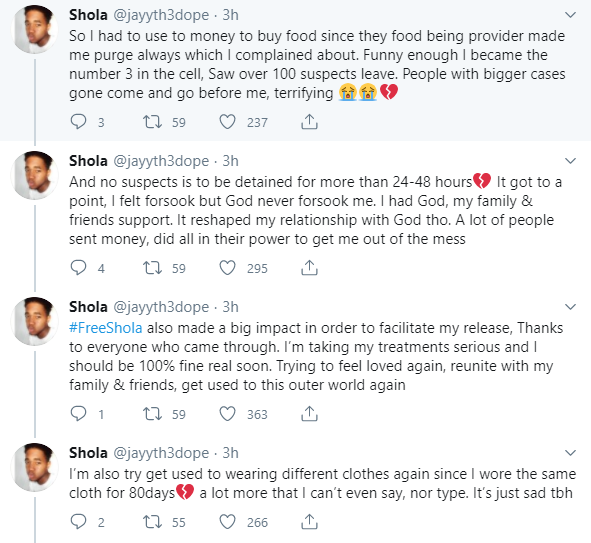 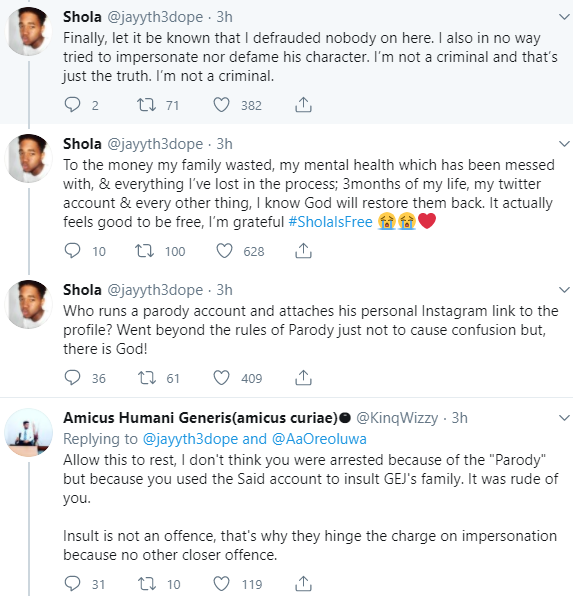 Man Becomes Instant Millionaire After Meteor Worth More Than £1.4million Crashes Into His Roof