Home News “Men will disgrace themselves” Toke Makinwa speaks against bashing women for the...

Toke Makinwa has asked people to stop bashing adults for the wrongs of their partners.

She tweeted: ‘I know we all love a good hot, pipping, steaming tea but can we try to cultivate the habit of not bashing women for the wrongs of their partners, if a woman gets cheated on by her husband/partner resist the urge to blame her for his wrong doing and no, it’s no reflection on her.

‘Stop saying “men will disgrace you”, that is alluding and accepting shame for another’s crime. Instead say “men will disgrace themselves”. Adults should carry their cross without the distribution of shame, the woman was not in the mix, leave her out of the insults.’ 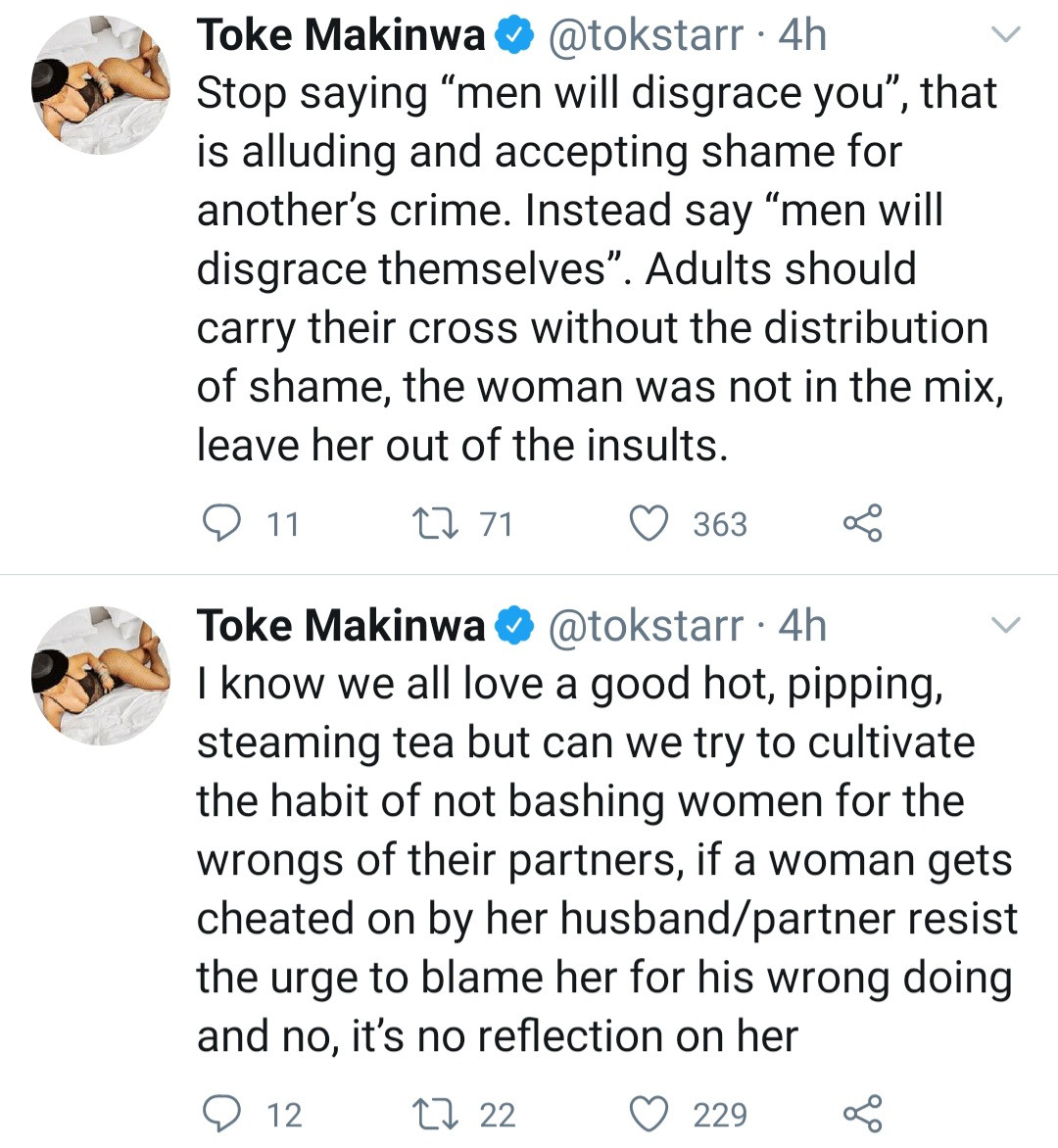