A Nigerian man was arrested in Johannesburg, South Africa for allegedly selling drugs to schoolchildren.

The suspect was charged with possession and dealing in drugs and appeared in the Hillbrow Magistrate’s Court on Monday, April 12. 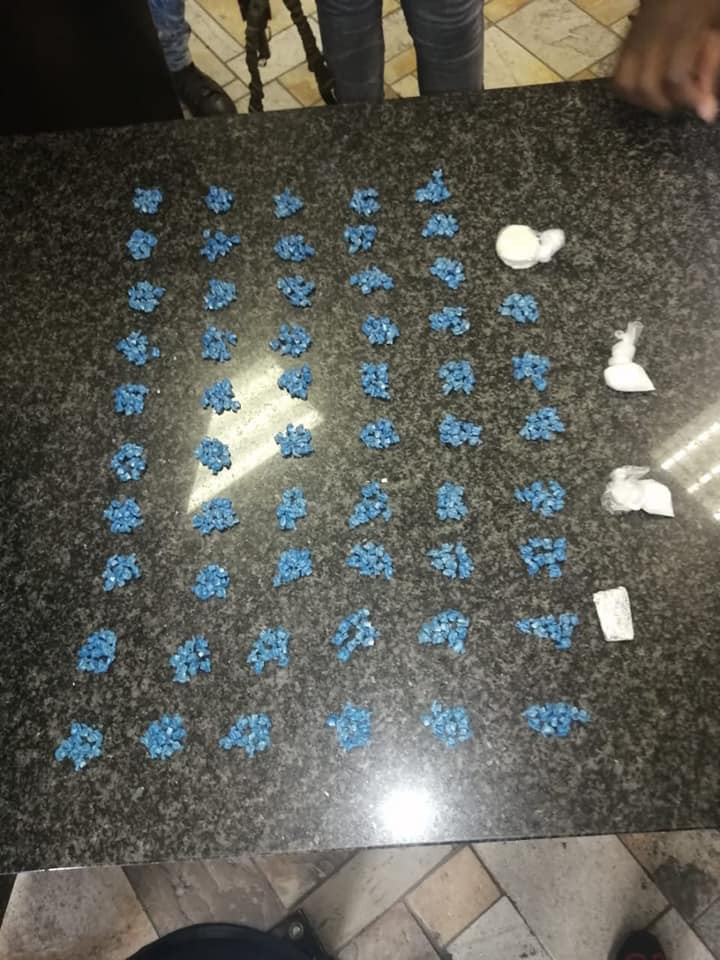 Spokesperson of the Johannesburg Metro Police Department, Wayne Minnaar said the SAPS Flying Squad and JMPD K9 arrested the man at a flat in Hillbrow on Friday, April 9.

Minnaar said Bad Boyz Security had seen the man selling drugs to schoolchildren at the corner of Esselin and Claim streets in Hillbrow.

“On Friday, a person who fitted the description of the suspect was spotted on CCTV cameras in Hillbrow. When officers approached the suspect he swallowed a packet of drugs known to be rocks,” Minnaar stated.

“The officers arrested him and he led them to a flat in Hillbrow, where a total of 570 packets of rocks were found, which was allegedly being sold to children at R30 a packet.”

Also found were four “full moon” drugs with a street value of about R2 000 each.

“The suspect was charged at Hillbrow police station for possession and dealing in drugs,” Minnaar added. 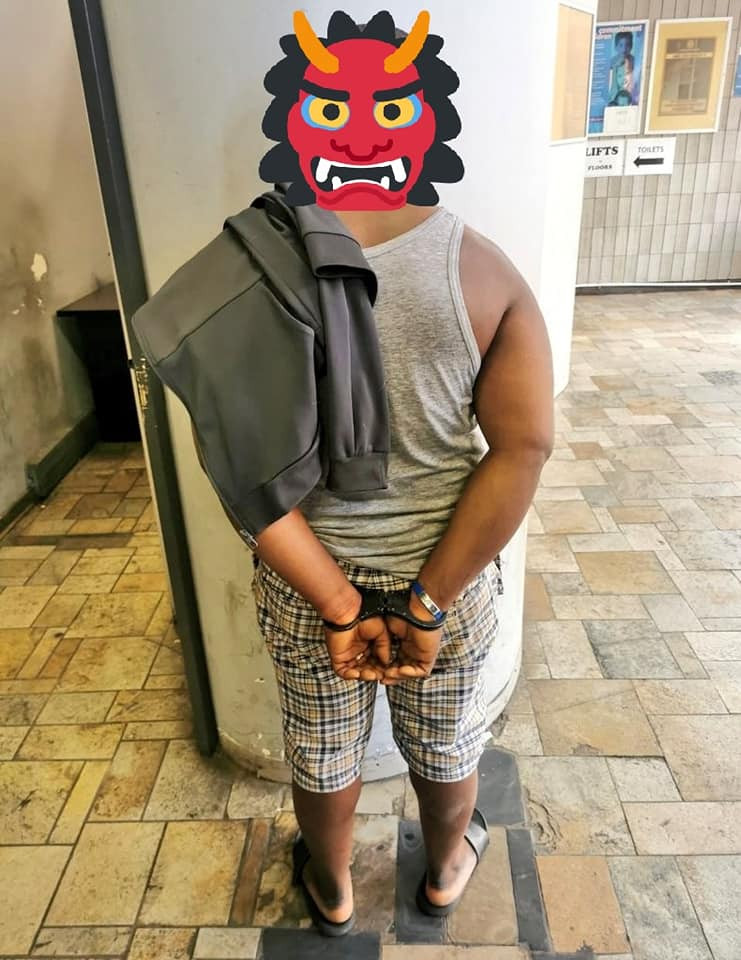 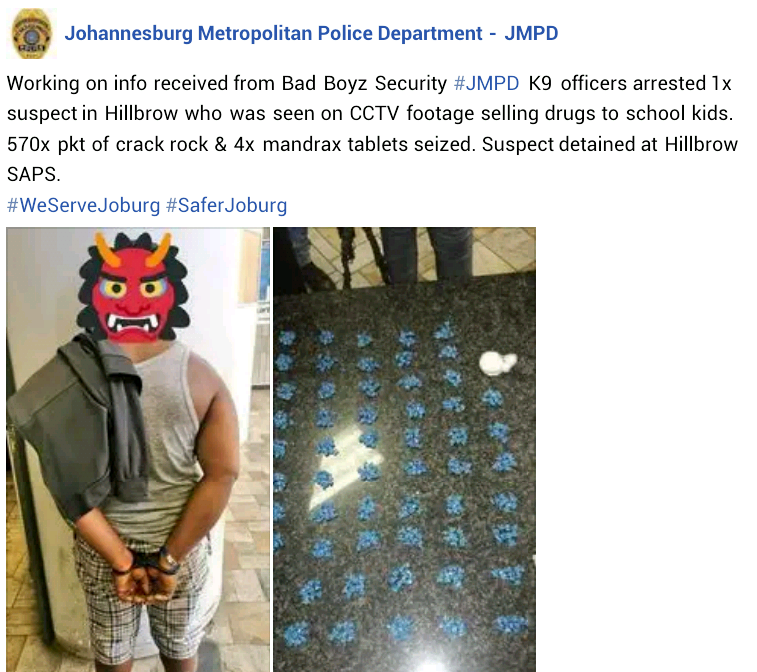