The World Players Association (WPA) and the Olympic International Committee (OIC) has called for the head of the Iranian judiciary to grant an immediate stay of execution to Iranian champion wrestler Navid Afkari, who faces the death penalty for his actions during the August 2018 anti-government protests in Shiraz.

According to Iran’s state media Mizan, Afkari has been sentenced to death alongside others for their actions during the 2018 protests which led to the death of Iranian government’s water and sewage department’s security agent, Hasan Turkman, and the government wants to use him as a scape goat.

But the WPA, the leading voice of organized players in world sport, has called for Iran to be threatened with expulsion from international sport Afkari is killed.

“Navid was one of thousands of Iranian citizens who took part in spontaneous demonstrations that year against economic hardship and political repression in Iran,” said a statement from the WPA.

“However, he has been unjustly targeted by the Iranian authorities who want to make an example out of a popular, high-profile athlete and intimidate others who might dare exercise their human right to participate in peaceful protest.” 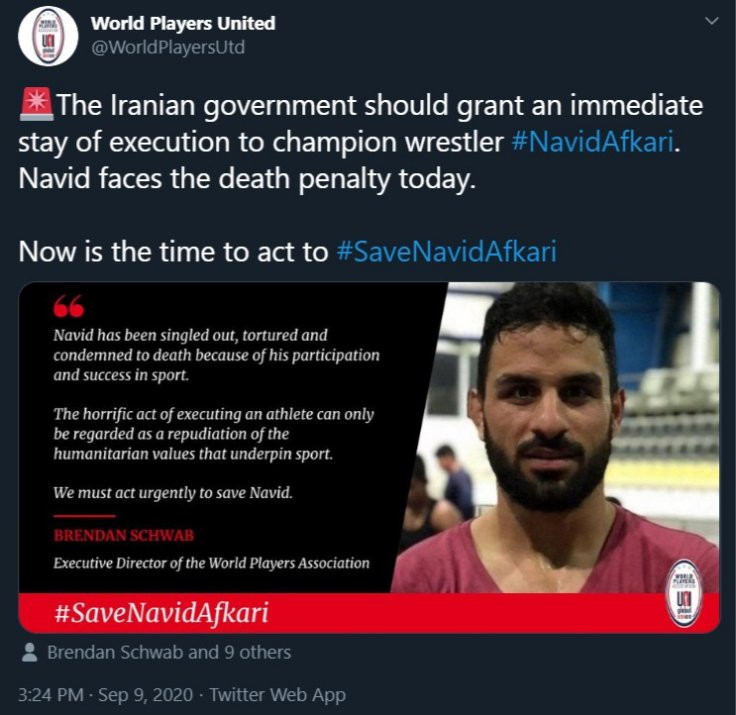 Meanwhile the International Olympic Committee (IOC) is looking at ways of punishing Iran if Navid is killed, including expulsion from the Olympic games.

In a statement to CNN, the IOC said it has been in “constant contact” with the National Olympic Committee of Iran and the Iranian Wrestling Federation, both of which are “doing their utmost to facilitate a solution.” 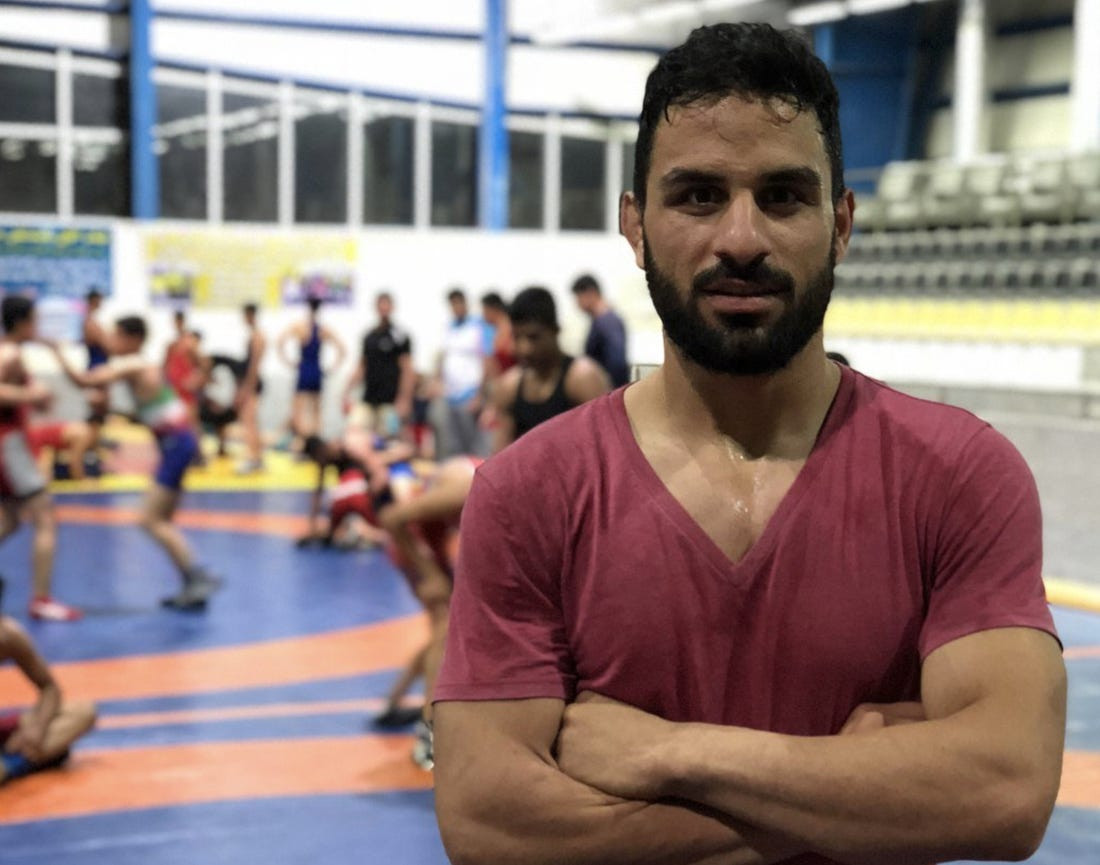 Last week, US President Donald Trump asked Iranian leaders to spare Afkari’s life, tweeting: “Hearing that Iran is looking to execute a great and popular wrestling star, 27-year-old Navid Afkari, whose sole act was an anti-government demonstration on the streets. They were protesting the ‘country’s worsening economic situation and inflation.'”

“To the leaders of Iran, I would greatly appreciate if you would spare this young man’s life, and not execute him. Thank you!”