Home News PHOTOS: Female surfer is dragged away by hamzat-officials and arrested on Spanish...

A female surfer was recently arrested on a Spanish beach after going surfing while infected with Coronavirus.

The woman was dragged away in handcuffs by hazmat-wearing officials on La Zurriola beach in the northern city of San Sebastian, after her colleagues called the police on her after spotting her in the water. 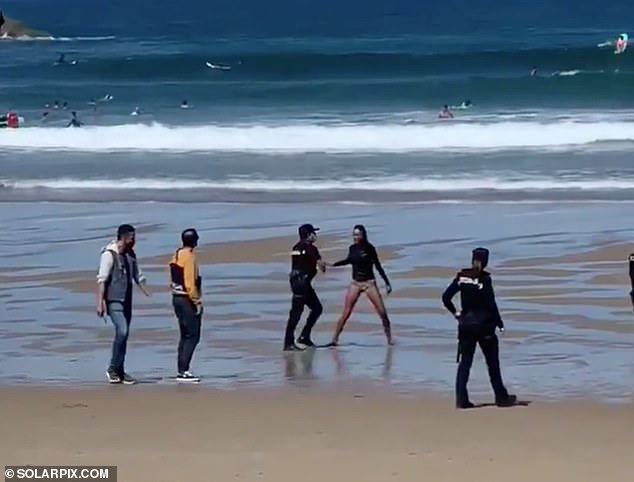 Local reports said the unnamed woman had worked as a lifeguard at San Sebastian’s famous La Concha beach this summer.

Photos published by a local paper showed two officials in hazmat suits escorting her after she was arrested. She is expected to face a heavy fine for breaching strict quarantine rules which could be up to £5,500. 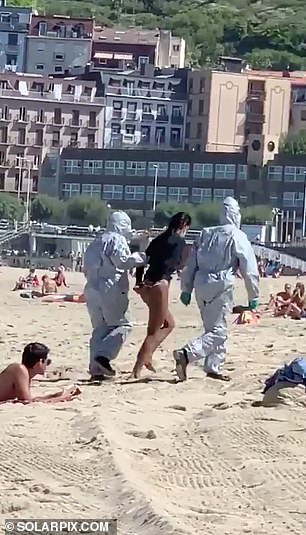 The report also said she could be fined an additional £100,000, if discovered she has passed Coronavirus on to another person through her actions. 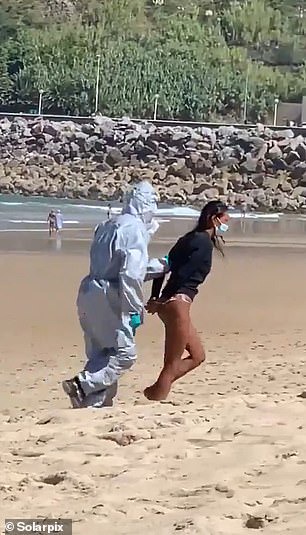 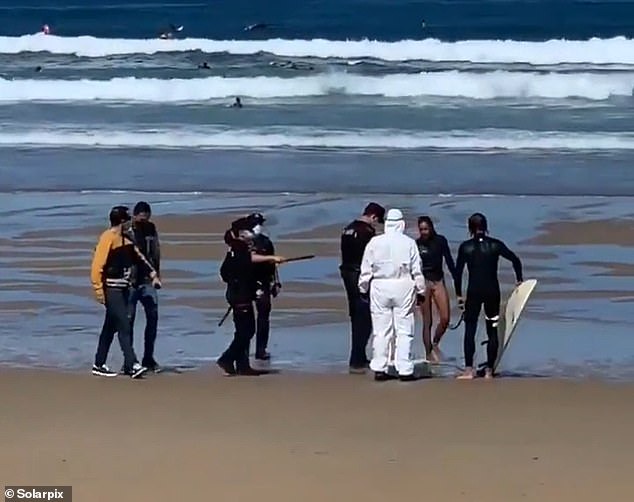