The royal, who celebrated her 31st birthday on Tuesday, March 23, shared two sweet new photos on Instagram of her and husband Jack Brooksbank with their baby boy, who was born on Feb. 9.

“Thank you for the birthday love yesterday.. I got the best present I could ask for!!” she captioned the photo, which shows Eugenie and Jack smiling at one another as the proud new mom cradles their son. 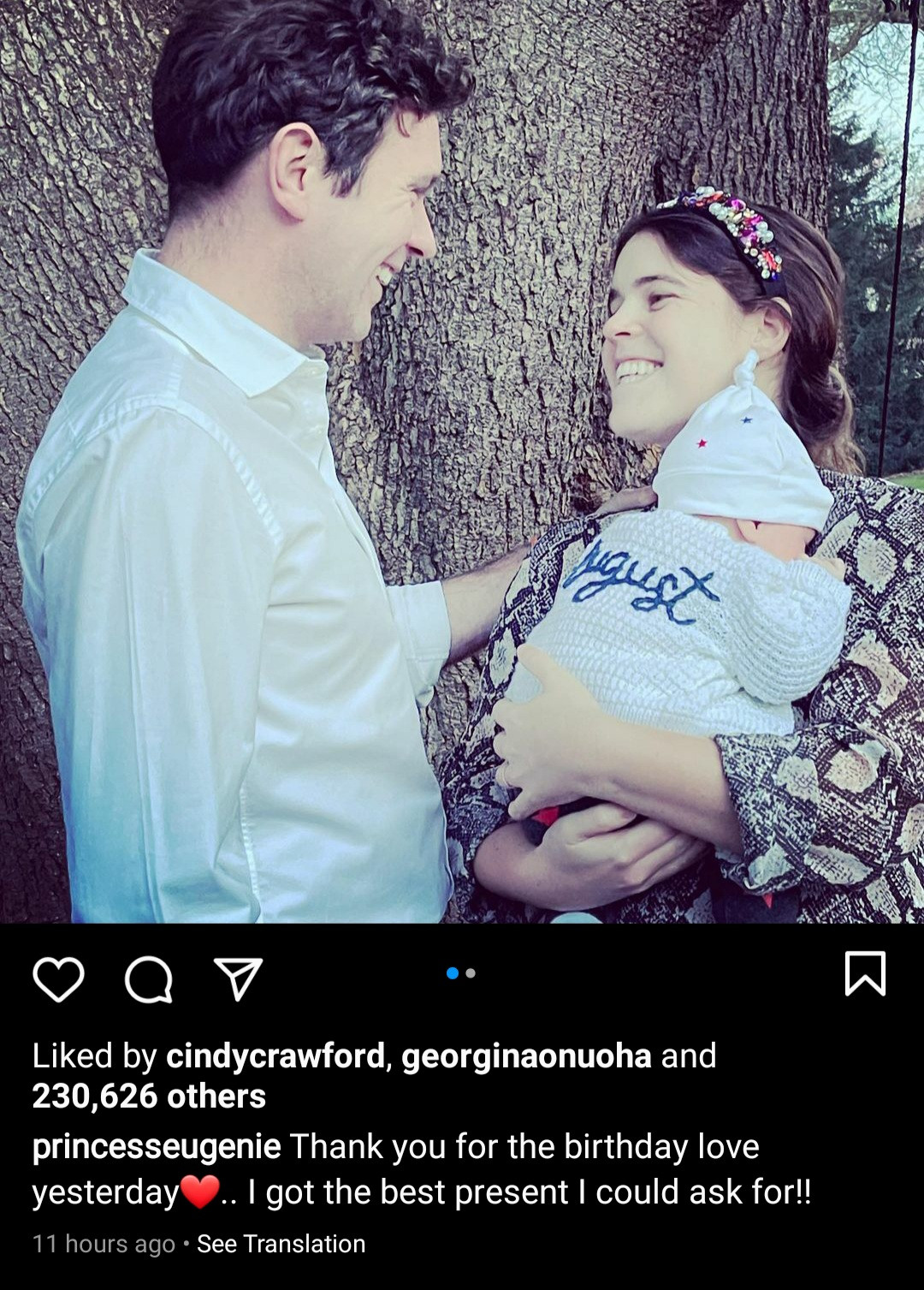 The six-week-old newborn is seen wearing a white knit sweater that’s embroidered with his name in blue.

In a second photo, August looks straight into the camera as he snuggles into his dad’s shoulder. 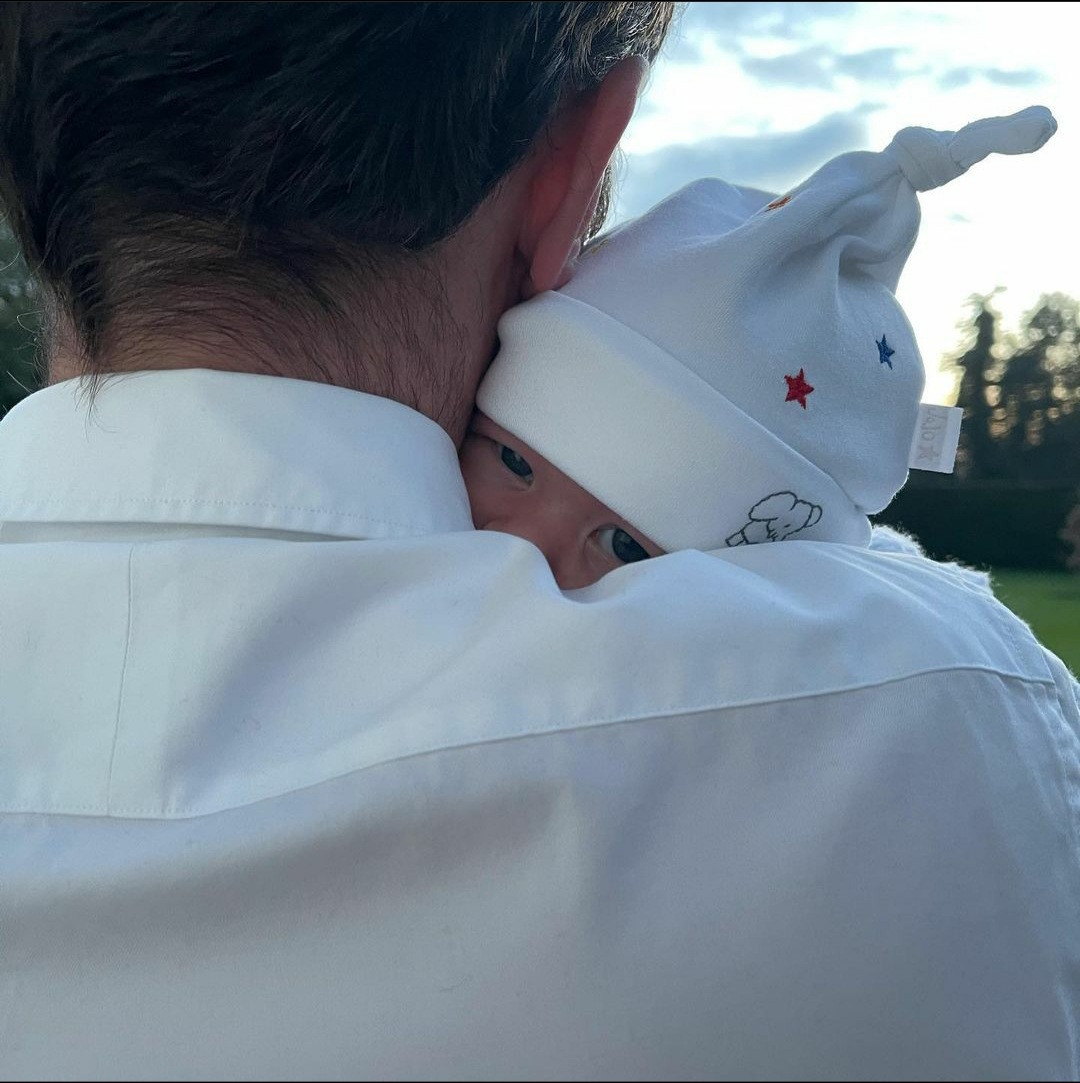 Eugenie and Jack named their son August Philip Hawke. Their son’s middle name is in honor of Eugenie’s grandfather, Prince Philip, who recently returned home to Windsor Castle after a month-long stay in the hospital.

Princess Eugene’s cousin, Zara Tindall also welcomed a son recently, on March 21, and named him Philip too in honor of their grandfather.