A Twitter user has elicited unexpected hilarious replies online after asking a rather interesting question.

Twitter user @vibes_kod tweeted this morning “What do men really gain from sucking of boobs?” 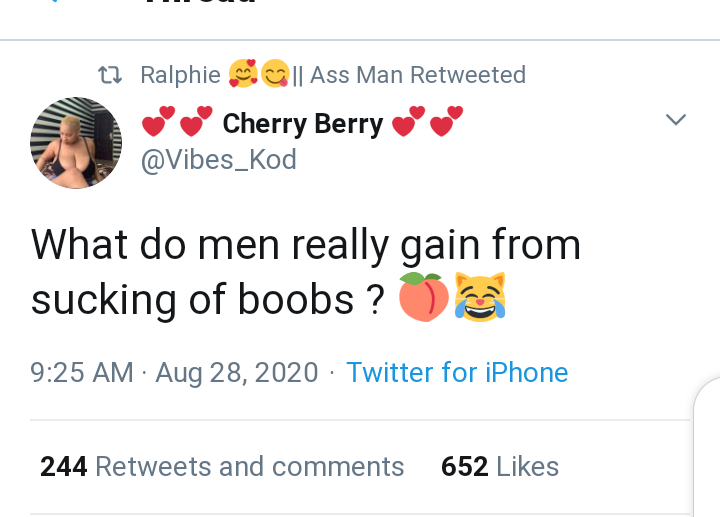 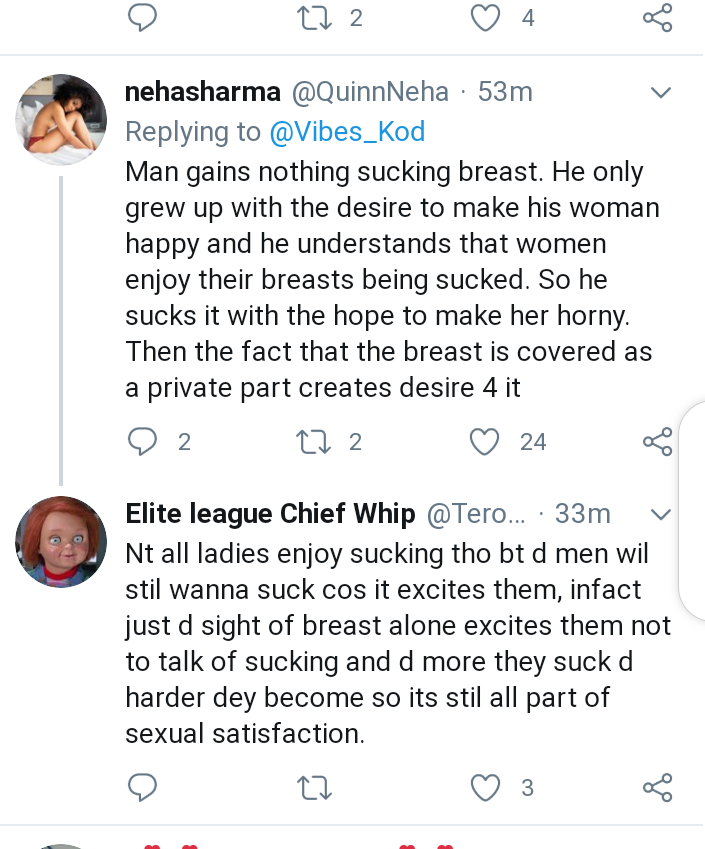 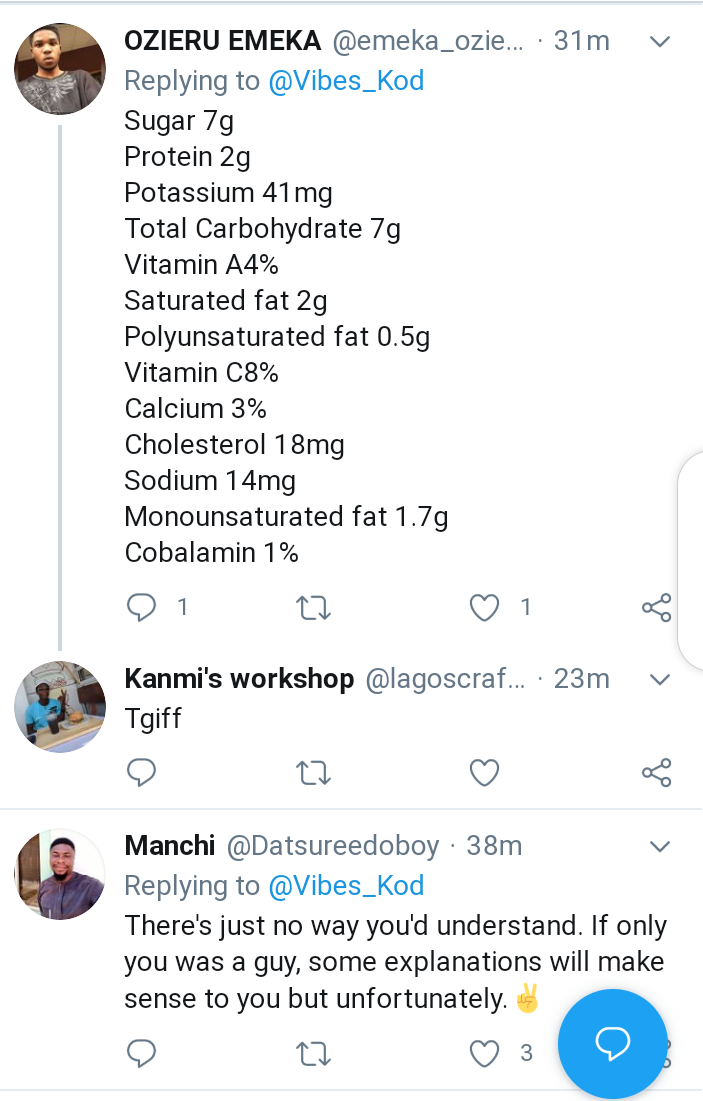 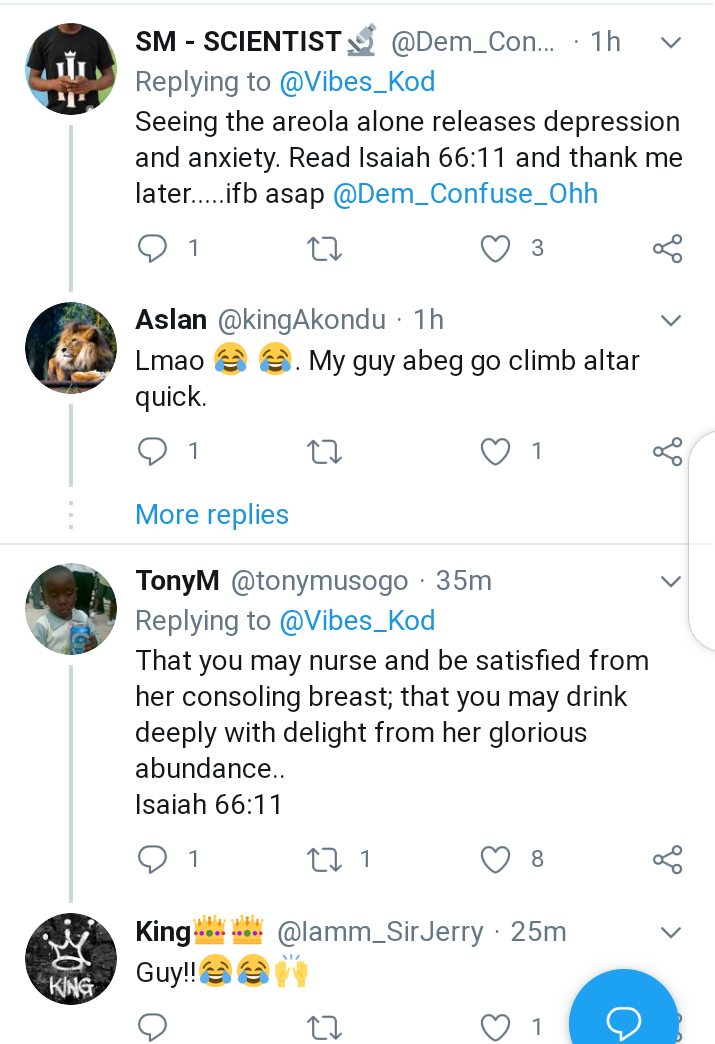 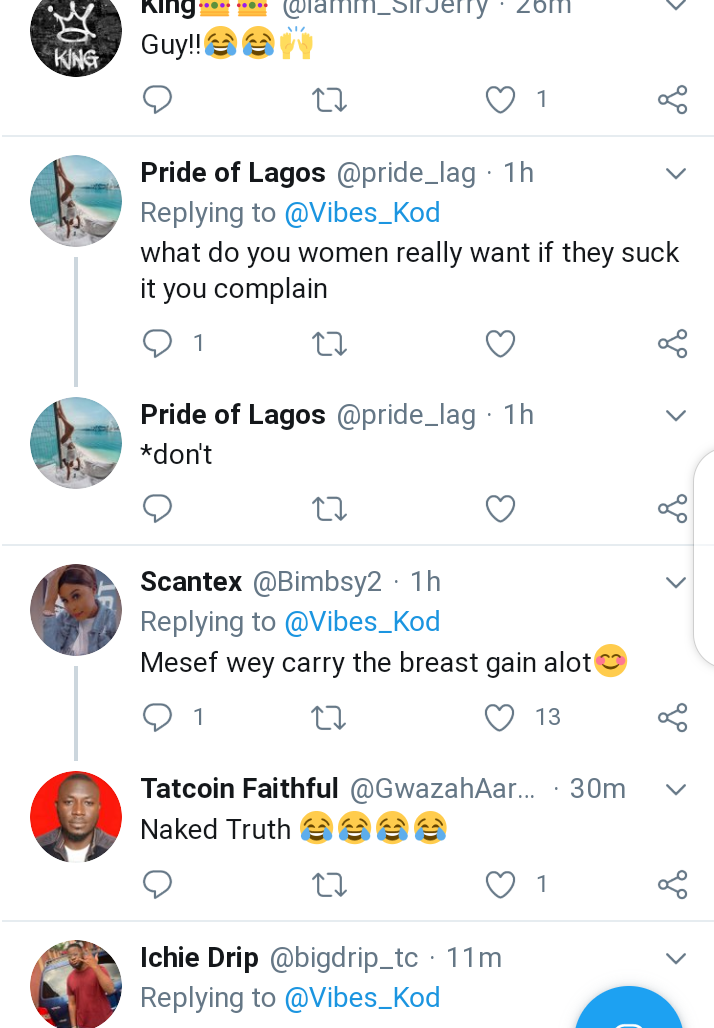 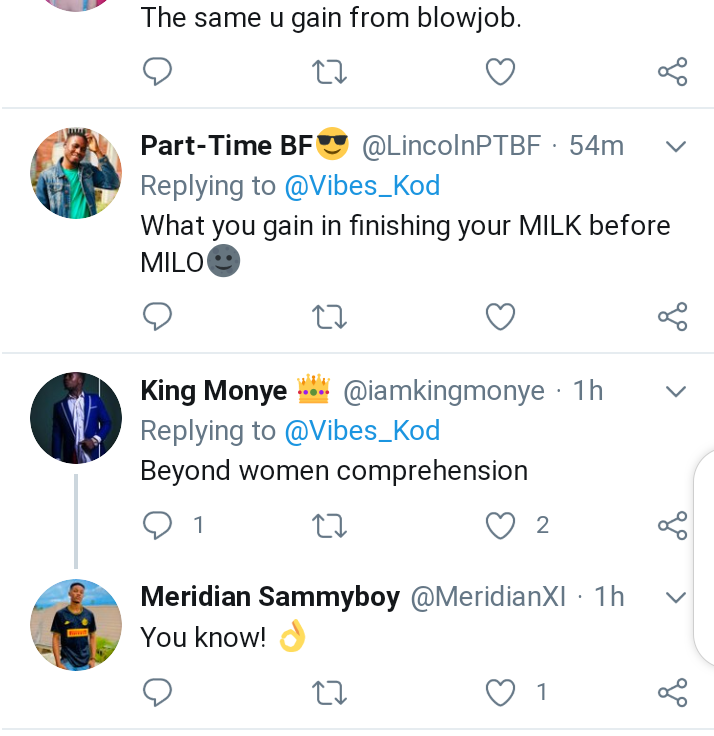 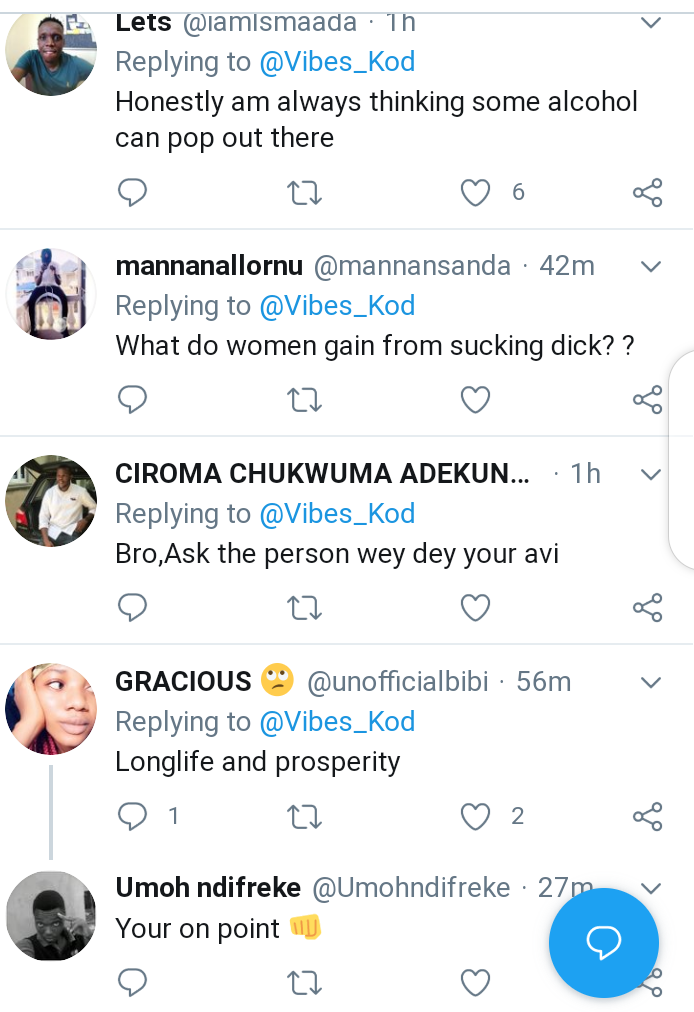 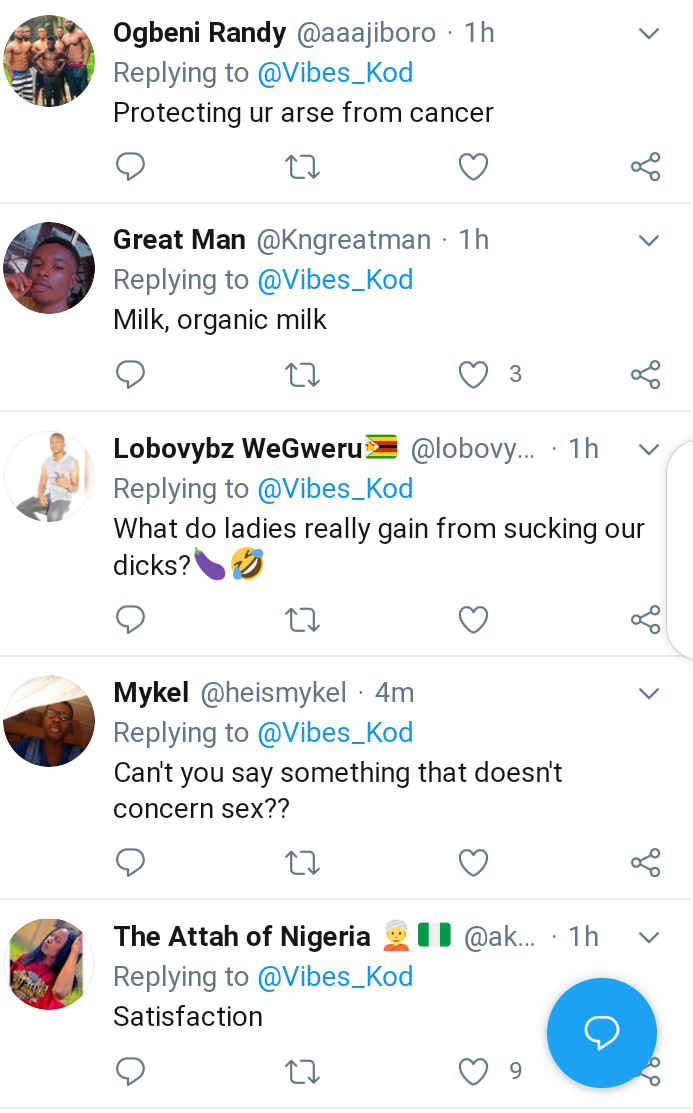