Home Entertainment Ship me not, I am single and unavailable – BBNaija’s Diane Russet...

Big Brother Naija star, Diane Russet has told those trying to matchmake her with her male friends and colleagues in the entertainment industry to stop.

This came after a follower said the Kaduna-born reality show star and DMW music star, Mayorkun would make the “cutest couple”.

Reacting to this, Diane stated that she is single and unavailable. She added that she will block any tweet disguised as joke.

Ship me not. I understand people care, but please, I don’t want to be shipped with any of my male friends or colleagues. I am single and unavailable. Chapters that have been closed let it remain closed. Any tweet disguised as a joke I will block #respectfully Love and light always. 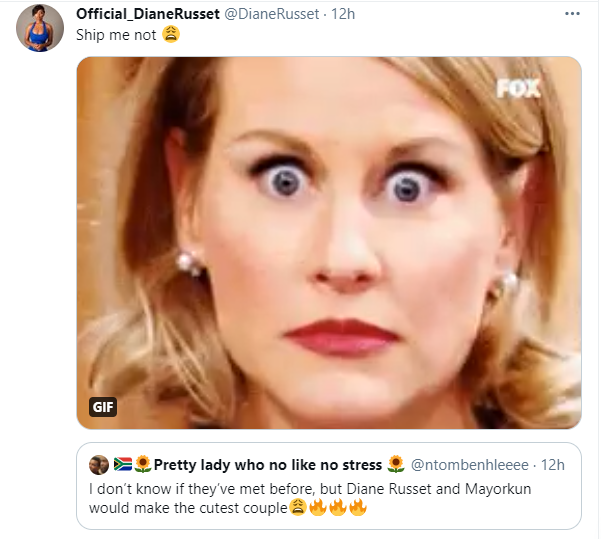 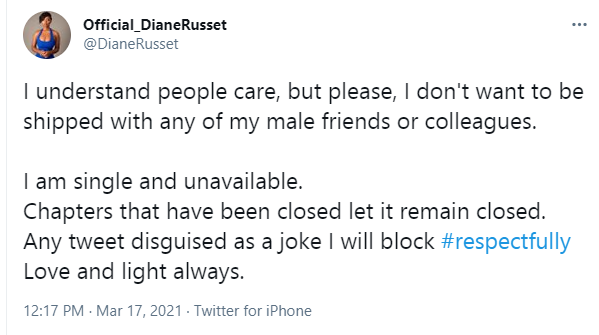