The couple’s relationship issue had gotten everyone’s attention after Adefeso asked a judge for a restraining order against Braxton, citing domestic violence. However in what seems to be a twist of event, Braxton alleged that her Nigerian boyfriend was the aggressor, claiming he assaulted her and threatened to kill her in a ‘murder-suicide.’

Commenting on Braxton’s allegation, Kimambi stated that she believes Tamar because Adefeso is Nigerian. The Tanzanian activist also got into an argument with some Instagram users who tried to correct the stereotype she was putting out about Nigerians.

See the exchange below; 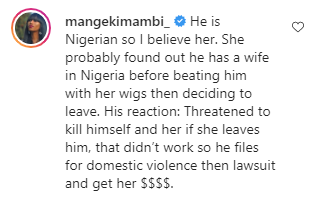 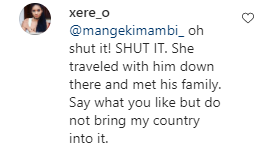 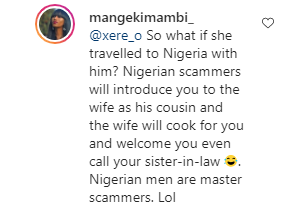