Home Entertainment Tunde Ednut hits back at Joro Olumofin after the latter revealed he...

Tunde Ednut is not backing down even after Joro Olumofin said he has taken legal action against him in Nigeria and the US.

Tunde Ednut called Joro’s bluff and even mocked the lawyer representing Joro Olumofin. He referred to Joro’s lawyer as a “charge and bail lawyer”. He also mocked Joro for the “embarrassing” press conference he organized to reveal that he has taken legal action against him.

Tunde shared a photo of Joro and his lawyer at the press conference and wrote: 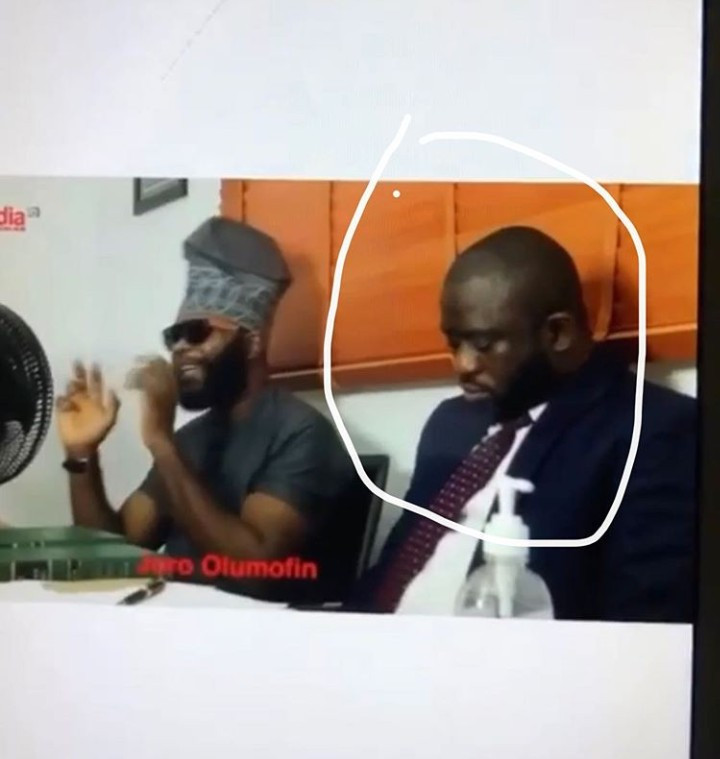 Charge and bail lawyer. The idiot never reach court, he’s already tired and feeling sleepy. Your money won’t be more than N5,000. Modafucker. Very embarrassing press conference. See a grown man went to dress fully to face camera, while all I do is just type and when you read, you get depressed. I have never done videos. I just type and fuck up all the commas. Joro, the wedding crasher Oshi, relationship Doctor that can’t keep a relationship with any woman. You and your lawyer dey mad! I called you a liar which you are and you come go meet road side lawyer that’s feeling sleepy during ordinary press conference. Ehen! One more thing, Go and find out the meaning of illegal immigrant. TWO OLD FOOLS with hair around their private parts (DICK) talking like kids with no facts. MODAFUCKERS!!! 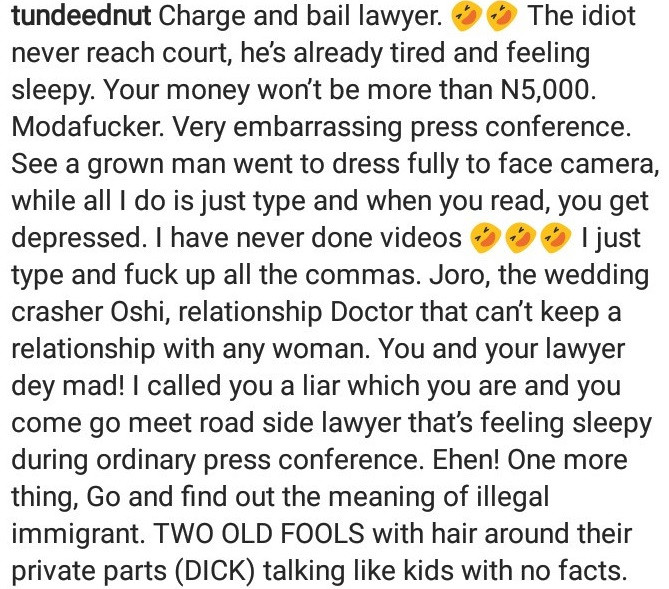 Recall that yesterday, Joro Olumofin revealed that he has has taken legal action against Tunde Ednut for making false accusations and claiming that his posts are fake. 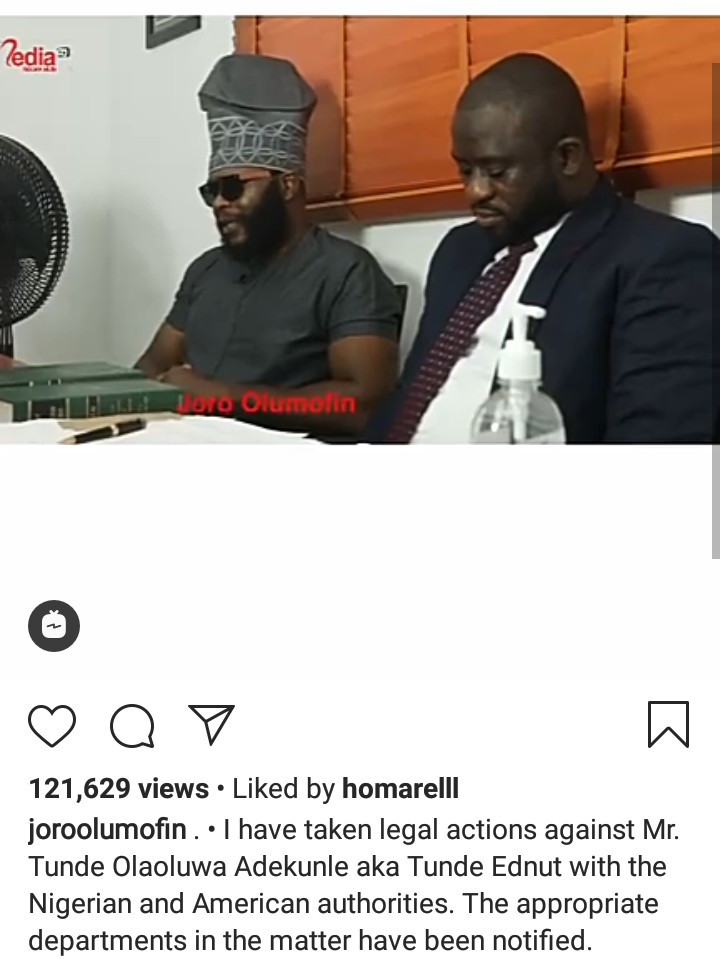 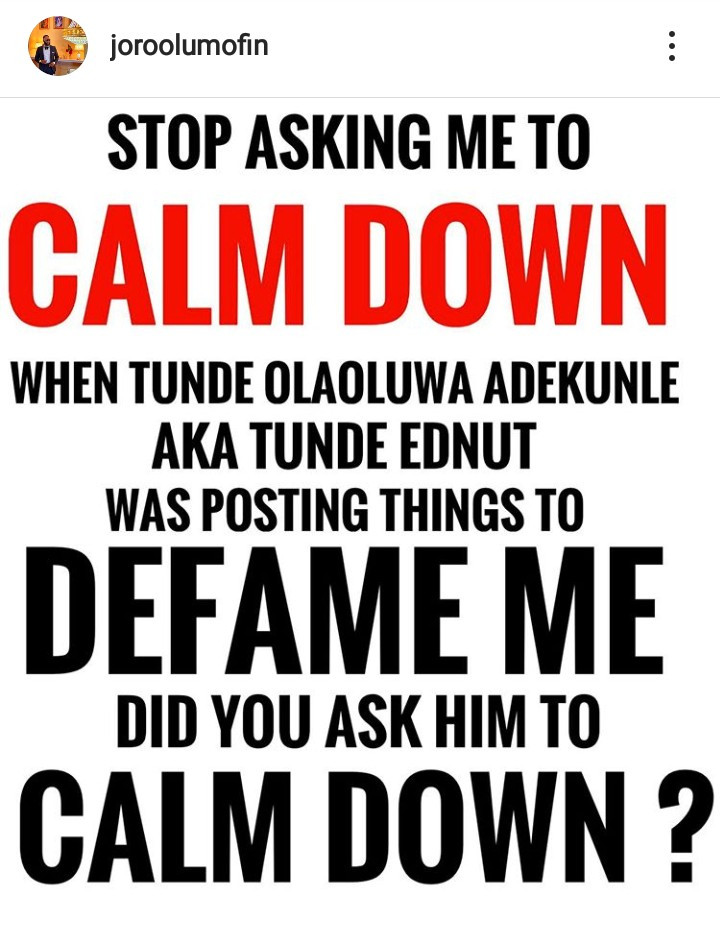 Joro added that Tunde is living in the US illegally and he threatened him with Immigration. 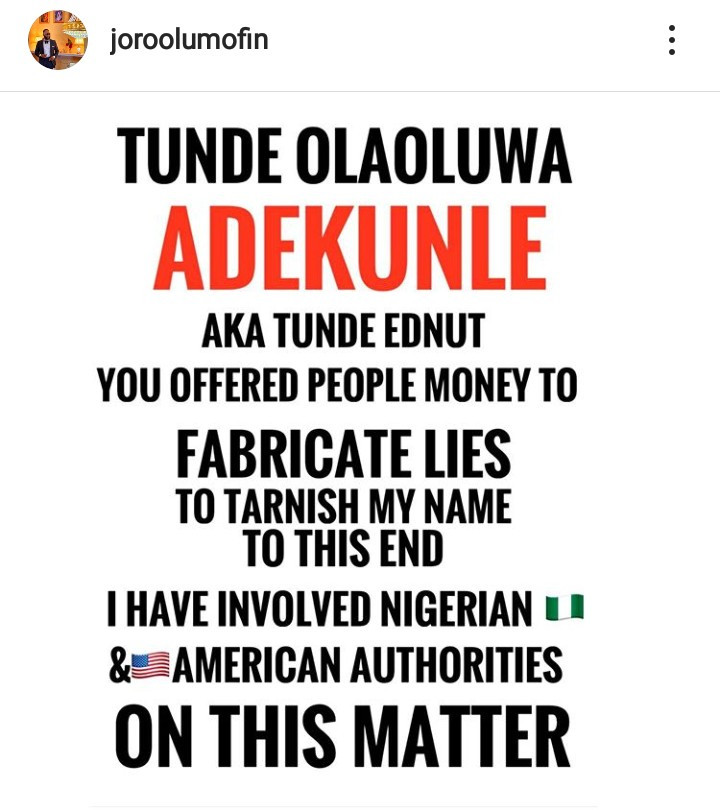 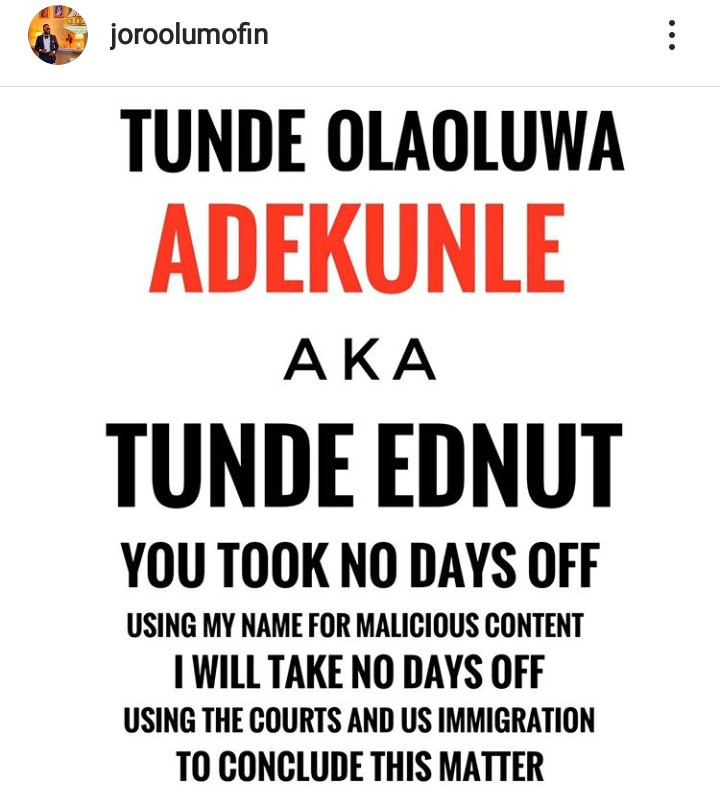 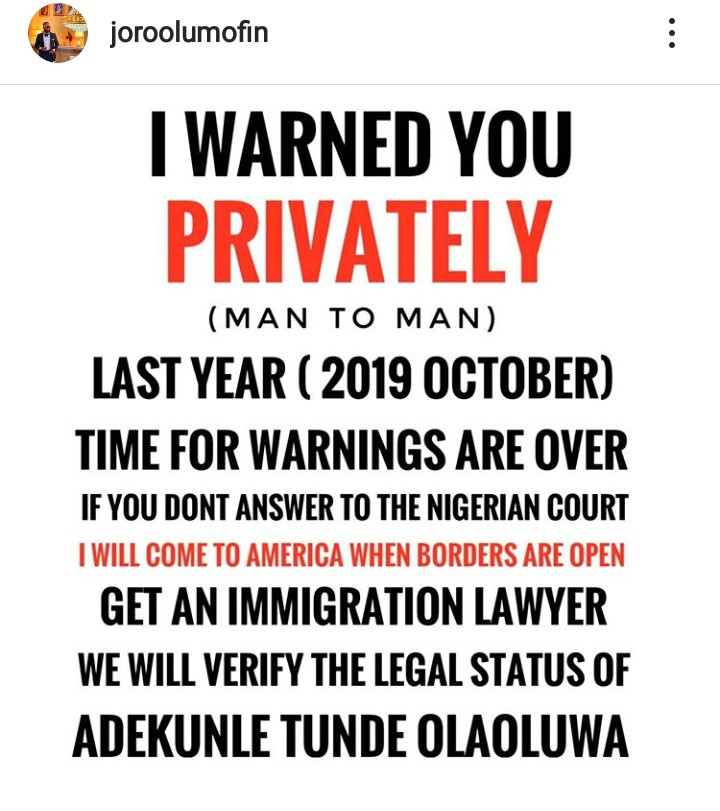 The beef between both men dates back to 2019, when Tunde began claiming that Joro’s Instagram posts relating to relationships are messages he sends to himself, and not from readers as he claims.