Zaya Wade shared a photo to Twitter but all Twitter users were concerned about was the weave on the child’s head and they called Dwyane Wade and Gabrielle Union out for it.

In the photo, Zaya is wearing a lacefront weave that Twitter users said is tacky. Some called the 13-year-old out while others called father Dwyane Wade and stepmother Gabrielle Union out for letting the child wear a “tacky” weave.

Last year, Dwyane Wade revealed his son Zion Wade has come out as transgender and will now be referred to as Zaya Wade. Since then, Zaya has been pictured in female apparel but the weave didn’t go down well with people. 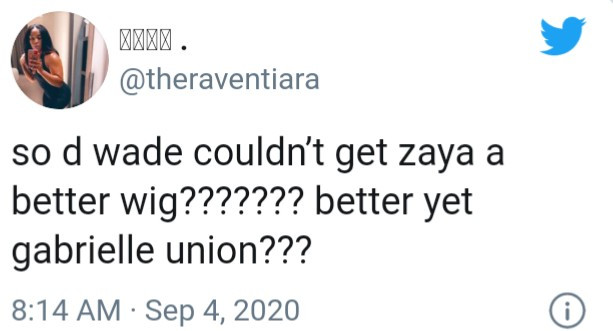 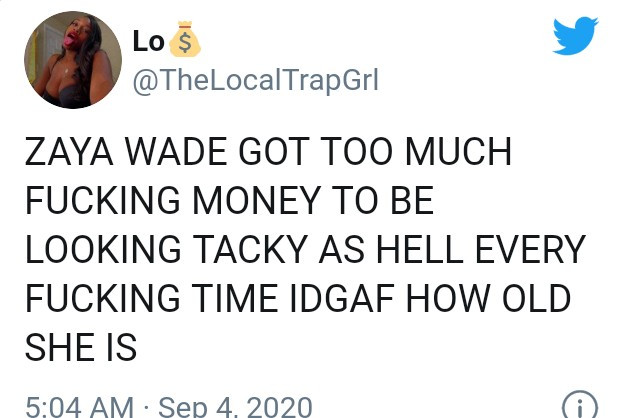 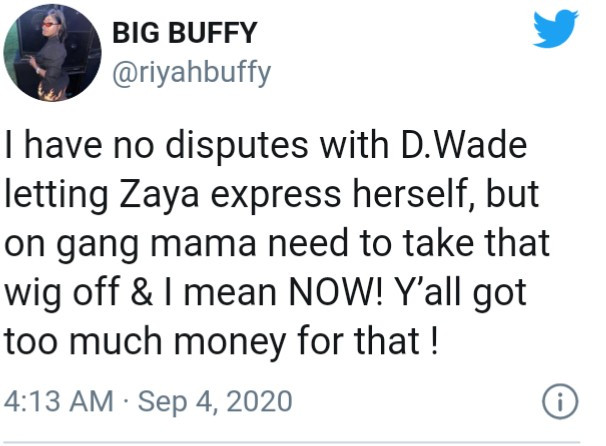 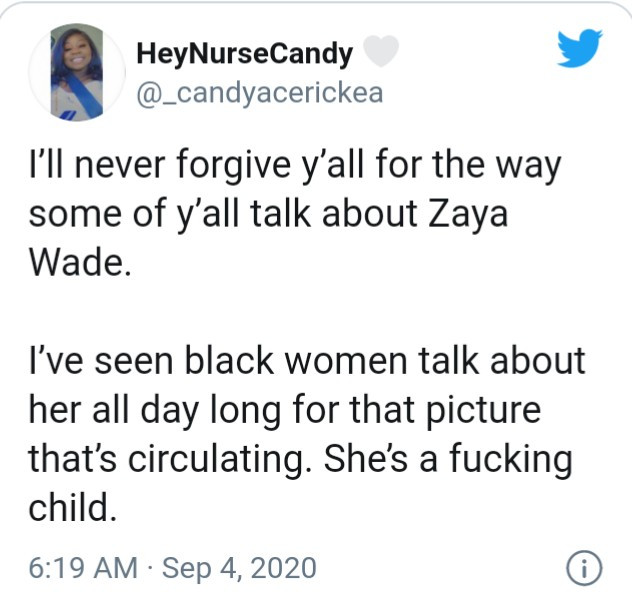