Yomi Black’s wife, Liz John Black was involved in an accident last night, September 8, and it was captured on the dashcam of an oncoming vehicle.

The video shows the moment a grey Toyota Corolla ran a red light around Elegushi junction and rammed into Liz’s car, knocking it off the road.

The driver continued driving without stopping to help his victim. 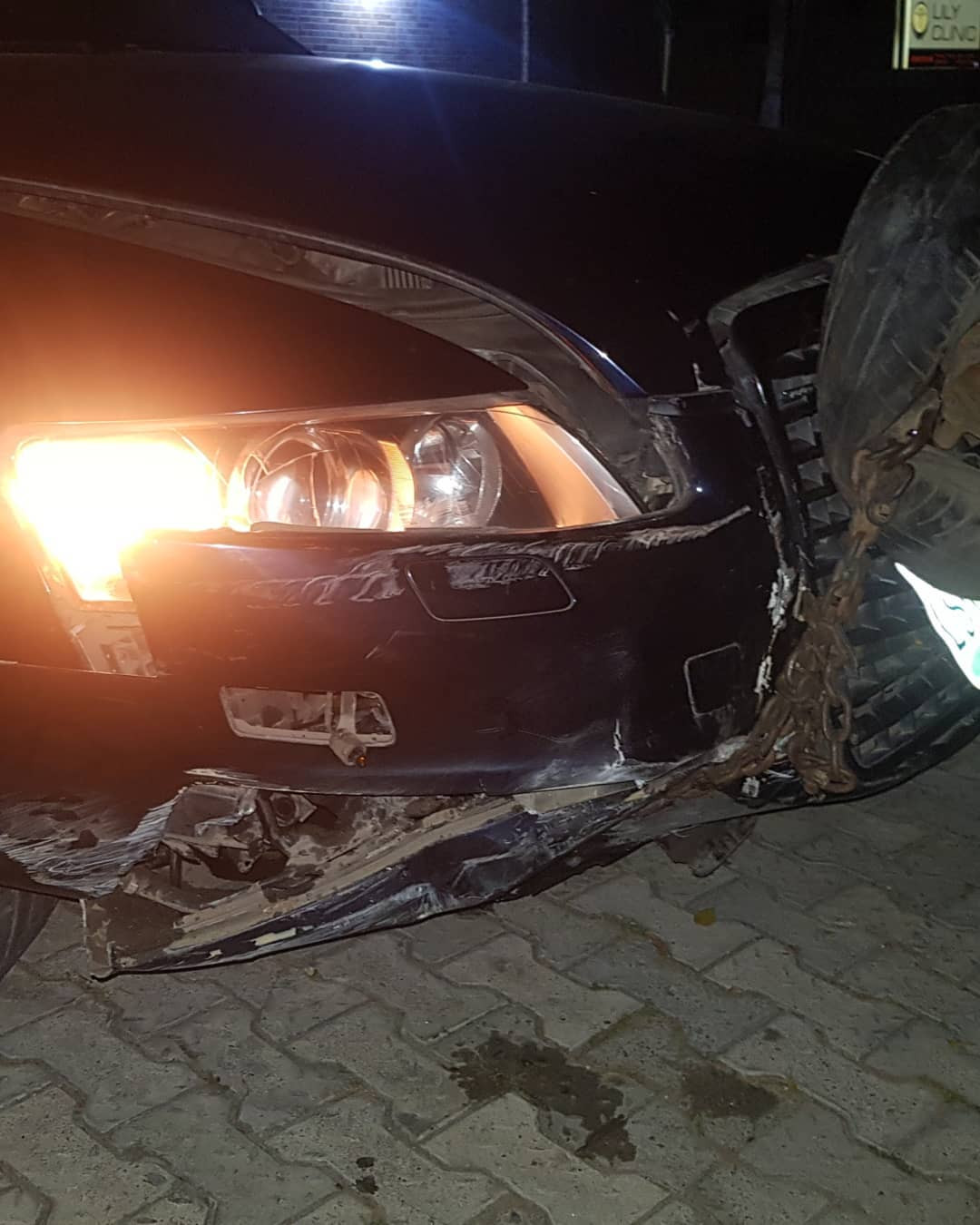 The driver in the oncoming vehicle, whose dashcam captured the accident, chased after the driver and managed to capture the car’s plate number.

Liz said efforts are being made to ensure the driver faces justice.

Moment a car ran a red light and rammed into Liz John Black, knocking her off the road. . The accident was captured on the dashcam of an oncoming vehicle. . The vehicle's driver, on seeing the driver who caused the accident speed off without stopping to check the damage he had caused, chased after the driver and got his plate number.