Home News ‘We must be humble, we don’t have players In Liverpool, Man Utd,...

Super Eagles of Nigeria manager, Gernot Rohr has admitted that Super Eagles players in the Premier League do not play for top clubs.

Ola Aina and Josh Maja play for Fulham struggling to avoid relegation while center back Semi Ajayi plays for West Brom who are also struggling in the EPL.

Rohr, who is preparing his players to face the AFCON qualifiers next month, says the team must be humble as it would be difficult for fresh players to break into the Super Eagles team if they are not playing at a high level for the big European clubs.

“I hope that we can find better players but we have already good players.  It’s true that we don’t have players in Liverpool, Manchester United, Manchester City, Chelsea,” Rohr explained to Super Eagles TV. 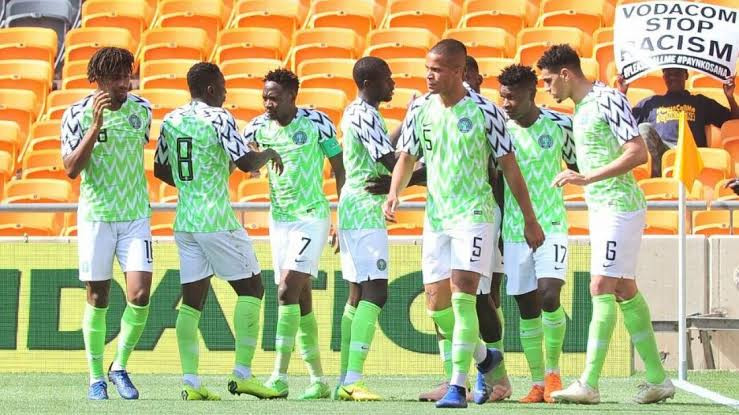 “Our players are playing in Fulham, West Brom – they are struggling to stay in the Premier League.

“We have fortunately two players in Leicester City and in other big clubs not so much for the moment.

“So we must be humble, they must work, they must come in better clubs and they must prove the quality in the club games.”