Home News Woman accuses Hillsong church of failing to act after she accused the...

A woman named Lereko Melissa has accused Hillsong Church in Oxford of enabling the son of two pastors who sexually harassed her while she was a member of the church.

Lereko claims she was a chorister, together with Joshua Barwell, and during that period, he made sexually suggestive comments towards her. She said the comments sometimes came prior to them leading worship together.

She said the comments made her uncomfortable and she told him about it. She claims he toned it down a bit but later went back to his old ways.

She added that “given the toxic environment that prevailed over Hillsong Chruch (as a result of abusive leadership) and the fact that the Pastors of the church were Josh’s parents, I felt that I was in no position to seek their help.”

As she was afraid of the consequences of reporting Joshua Barwell to his pastor parents and other pastors, she said she began wearing “drape-like clothing” to hide her body shape so that he will stop making sexual comments.

She said she eventually left the church and sent a mail, reporting the abuse. She claims the church promised to investigate the alleged sexual misconduct but they haven’t done anything since then.

She added that she shared her story online to “provide his other victims with another ally and cultivate a safe and supportive space in which they can come forward and share their own ill experiences with Josh, and highlight how their individual churches have failed them.”

She also shared screenshots of the email exchange between her and the church after she reported the alleged sexual abuse to them. 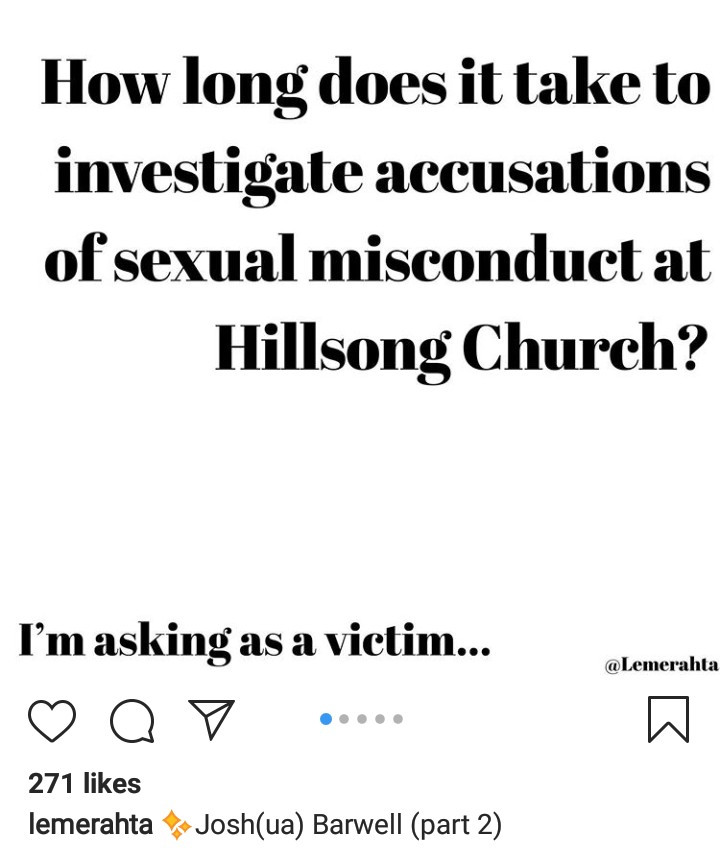 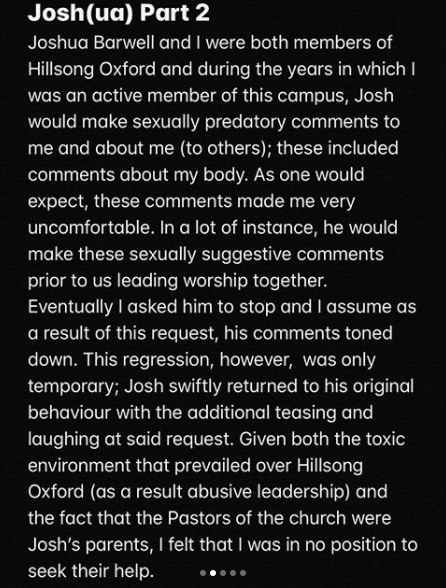 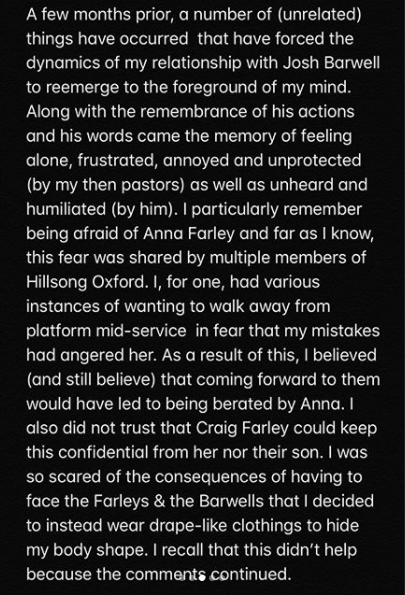 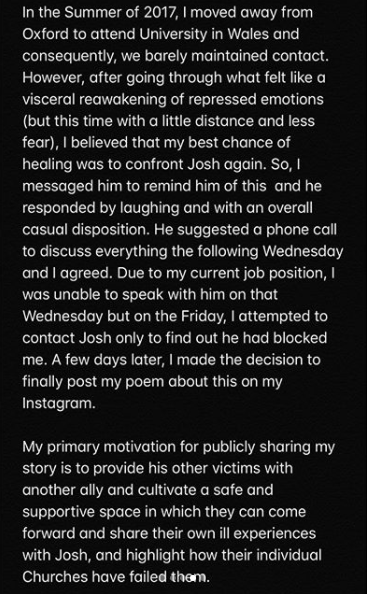 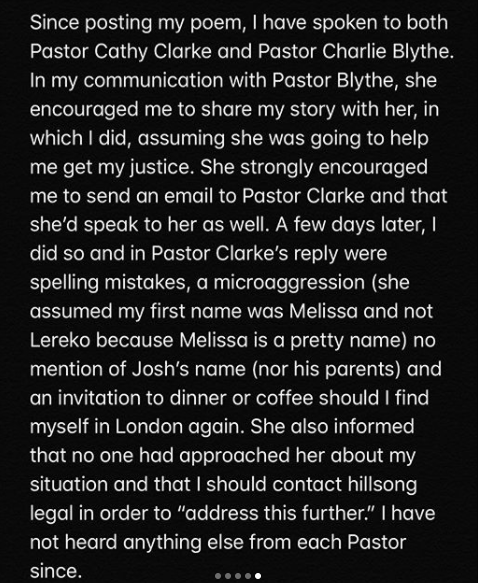 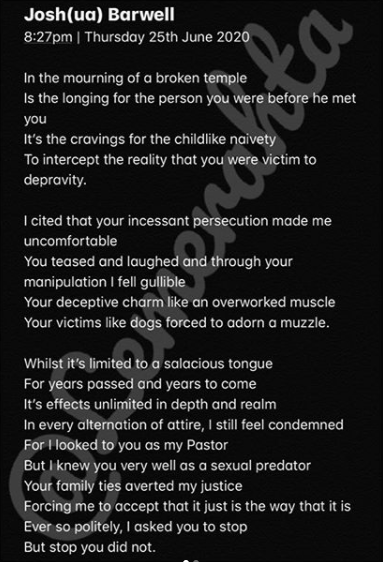 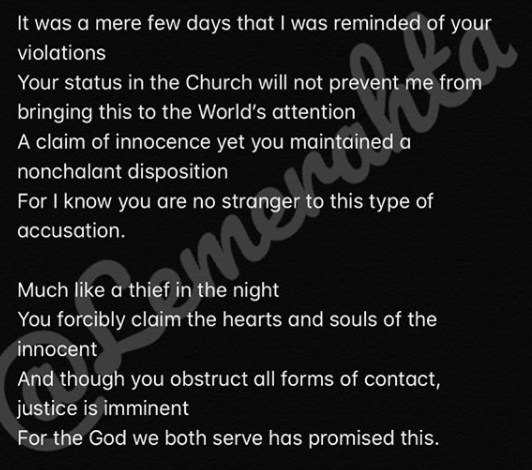 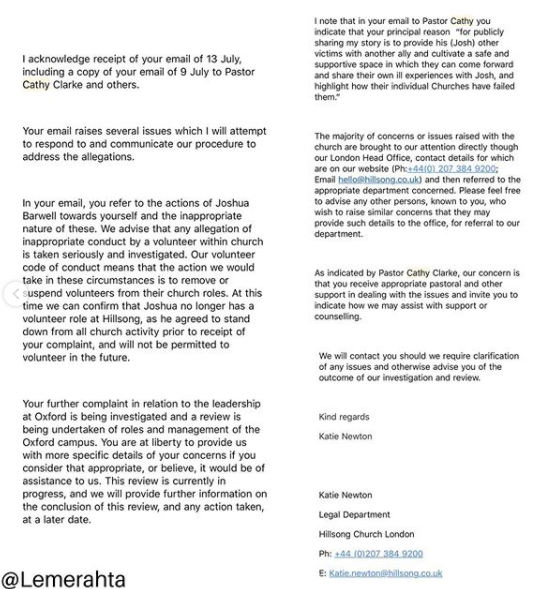 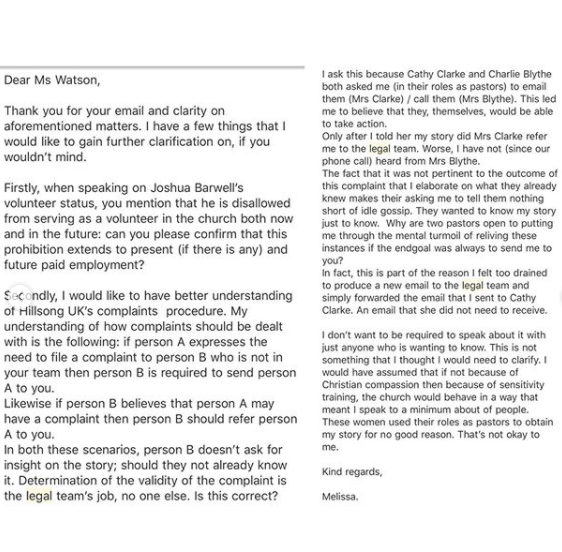 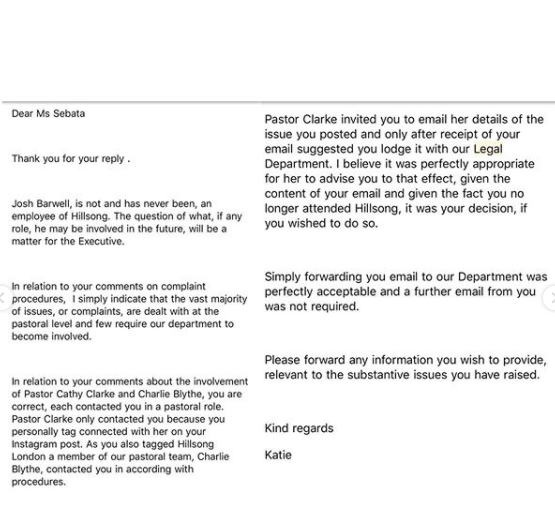 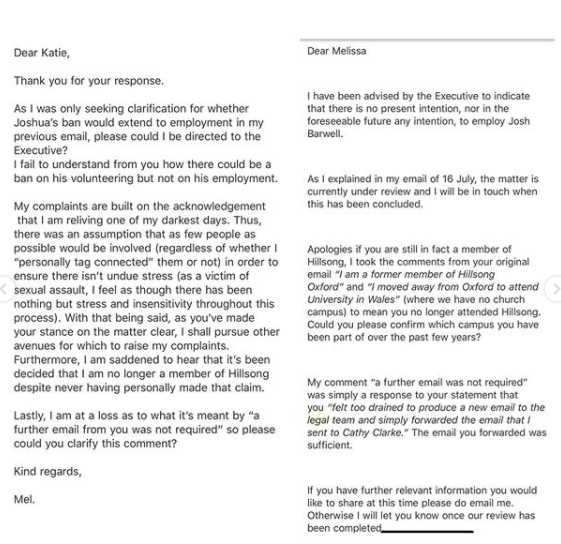 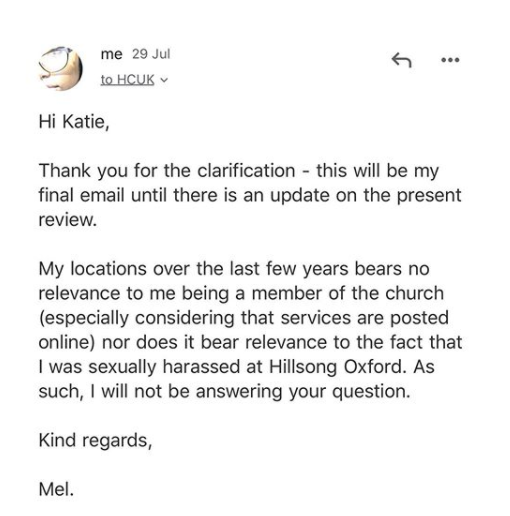